When my daughter was in middle school, she had to write what were called “Current Events.” Just that, the whole phrase a noun, an essay each week to prove she was, indeed, reading about current events. There was really one just rule: the news had to be international, not U.S.-based. It was intended to broaden the scope of their world.

But you’d be surprised how tough it was to find a different story each week. Sure, there is a lot going on all over the world, but much of the reporting on it is dry and assumes a lot of knowledge that a twelve-year-old doesn’t have. I would try to help her out by explaining complex elections abroad, or environmental concerns far away, and she’d glaze over. Finally, I remembered my days as a college student, and my fascination with discovering the roles of women in many other countries. I told her about a few books I’d read about the restrictions in the lives of women in Saudi Arabia.

An obsession was born.

Every week, she’d punch the phrase into Google News: “Women in Saudi Arabia.” Every week a new story of an outrage would appear. Women sentenced to death for adultery. Women stoned in squares. Women who wanted to drive but couldn’t. Women who couldn’t go out without the supervision of a male relative. Week after week, my daughter wrote her Current Event on the lives and struggles of women in Saudi Arabia. It became sort of a joke, eventually. I’d tell her, “You know there are things going on in other places besides Saudi Arabia.” But she laughed and searched for the latest about her sisters. She was singularly outraged at their treatment.

She left middle school, and, as far as I know, her weekly Google appointment with the women of Saudi Arabia. But I can’t help but think of her every time I hear news about them. When I heard that they’d been granted the vote in municipal elections of 2015, my heart did a dance for them and for the fact that my daughter would see that kind of progress. When I heard they’d finally be able to drive this summer, I remembered how happy the twelve-year-old version of my daughter would have been. She’ll be eighteen on Tuesday, and her interests in social justice have blossomed and grown in a way I could not have imagined, even then.

This morning, I found the video (below), about women in Saudi Arabia preparing to drive. Yes, it’s a Nissan commercial, but like good commercials, it touches on something deeply human: the quest for freedom, and the fears associated with it. I watched it, then imagined what my twelve-year-old daughter might have thought if she knew this development was only six years away. She’s at school, but I texted her a link, with the MLK quote, “The arc of the moral universe is long, but it bends toward justice.”

She is poised to take her own step to freedom, just two seasons away from going to college and starting what I know will be a life full of amazing journeys. This morning, made tender by the emotion in this video, I fast-forwarded in my mind to the day, just about over half a year away now, that I take her somewhere, unpack her, say goodbye. I want it deeply, and yet the thought of it made me sad, too. I spent a few minutes crying about it quietly as I loaded the dishwasher. I’m crying again now as I write this.

But then I thought about the women in Saudi Arabia who now get to drive. Not to defend patriarchy, but many of the people – men and women – who wanted to prevent women from driving might have thought they were protecting them by keeping their world small. No cars means no accidents, no getting lost, no getting into trouble. It is not an altogether unknown impulse to me: keep them safe. It’s the same thing that makes me cry at the thought of my children hundreds of miles away, buffeted by a world of deadlines and slights, dangers and snubs. I wish I could keep them safe from all of that, shielded by my protection.

But that’s not my role. No one can do that for any person, not even the ones you remember with their sweet, sticky faces, putting their hot little hands in yours and snuggling a face to your chest before falling asleep with perfect trust, as if it were a week and not years and years ago.

But who am I kidding? She was made to go off and conquer her own world from the start. In fact, back when she was that sticky-faced toddler, one of her first full phrases was, “I do it myself.” Zippers and boots, writing and food – she wanted to tackle it all. It’s still her motto, with frustrated adolescent eye-rolls at my mothering, my reminders for socks and forms, protein consumption and room cleaning. She was drawn to the women of Saudi Arabia because she wants to roam the world wide, unafraid and hopeful, confident and intrepid, and wants everyone else to have the chance to do it, too.

To the twelve-year-old version of my daughter that exists in some other universe, to the young woman she is today, poised five days away from an adulthood she’s been counting down to for years, to the women who take the wheel in a land faraway with excitement and a little fear, I say, “Go forth. Conquer. Be. You are perfect.” 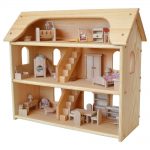 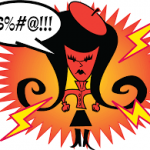