People, even the well-meaning ones, hold back an eye-roll. “It’s not as dramatic as all that,” they say. Or, “Stop catastrophizing.” “You’re always waiting for the worst thing to happen.”

It is an inky wall of loneliness, this remembering.

I was eleven. He was six months old. We were losing our third apartment since I’d come back to the U.S at eight years old. My parents left me to watch him, and warned me not to let anyone in. Things were afoot. Bad things. We were getting evicted, and the scary, impossible landlady was apt to do anything. So I’d heard them talk. I heard everything. They were terrible whisperers. They were going somewhere official, some business about a new place, and I couldn’t come, and neither could the baby.

They’d been gone maybe a half hour when the landlady came to the door. Knocked hard. She was a hyper person, and my parents discussed her excesses and unreasonableness constantly. “She’s impossible,” my father groused. “As long as I pay rent, it’s like I own this place. She can’t make these demands.”

I wasn’t sure if that sounded right. Plus then they stopped paying rent. So that made this landlady even fiercer.

She was a fire-breathing dragon on the other side of the door. “I know you’re in there!” She screamed. “You open up this door right this minute,” she pounded.

I looked around for somewhere to hide. My most overwhelming thought was that I’d been left to take care of the baby, and I was failing. I didn’t know what she would do when she came in, but she sounded mad enough to do anything. I was supposed to be the protector, and I couldn’t protect even myself. I was rooted to the spot. Trying hard to craft a plan, but made of stone.

“This is ridiculous,” I heard the landlady say through the door. It was thin. “This is my house. I go in if I want to.” And then fumbling of keys in the lock.

I stood in the middle of the half-empty living room. Still, my useless body wouldn’t budge. I was supposed to protect the baby. Instead I stood there and cried. I was useless. Catastrophe was in the process of happening, and I had no idea what to do.

She came in with full fury. But then she saw me.

“Where are your parents?” she said, sounding more restrained than she had through the door.

I just cried, shame mixing with my terror. “I’m not supposed to let anyone in,” I said, useless tears wetting my face.

She had a moment, then, I guess. This woman I’d heard reviled, who had “made our lives hell” for the six months we’d lived on the first floor of her two-family house two doors up from a busy highway where someone had died in an accident just a few months ago. Today, as a grown woman, I imagine that having this little rental property might have been all she had. She came every weekend to trim the bushes and putter around with her husband. But then she looked fierce and menacing, the woman who was making me lose yet another home.

She walked up to me and hugged me as I cried. I braced for what she might do next. She did nothing but hold me.

Then, finally, she stepped back. “Tell your parents to call me when they get back.”

We were homeless that summer, sleeping on a neighbor’s couch in faraway Queens, my baby brother fussy and out of sorts. The wife of the couple we stayed with asked to borrow a magazine from me, one of my first, with a makeup tutorial for purple shadow with yellow on the lids which fascinated me. She didn’t give it back. She didn’t want me underfoot so she told my mother I should go to Jehovah’s Witness summer camp. “We’re staying in her apartment,” my mother said in an urgent whisper. “We have to do what she wants.”

The summer camp taught me a song, “Kids Under Cconstruction,” and taught me to make wishing wells out of baby food jars and wooden clothes pins. And as long as I held my breath and didn’t believe anything they told me, it was actually kind of okay.

So, yes, the memories are an inky, murky wall. I can’t explain to anyone who hasn’t seen the worst that the worst can, in fact, happen. That it can be built into the base of you, and smoke up like a coiling serpent with every threat. That it’s not crazy, it’s preparation. It’s armor. That when you can’t trust the world to be safe, you can at least trust yourself to not be caught unawares.

The memory is thick in me today, when I have to go to a zoning board meeting to oppose a development two doors down from my house. It’s technically in another town, but it’s smack dab in my neighborhood, and a five-story development there will gut the value of my little house. I am small, standing behind a flimsy, cheap door, and I can’t stop them from coming in. And I am so afraid. 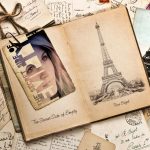 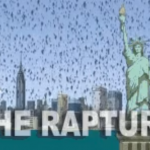