I am about as rabidly anti-Trump as I believe you can get. I fear our country is in a dark time, and many of the tools intended to protect us – a free media, the rule of law, courts, an independent judiciary – are being undermined by the very guy who should be upholding them most. So I am not much of a Pollyanna on what our country is facing. But still I say this: we need to find ways to be kind to Trump supporters.

This morning, I got on Twitter to see #TwitterLockout trending. Twitter had deleted a bunch of Russian bot accounts, and conservative Twitter was freaking out about a vast left-wing conspiracy. And progressives were crowing. Some of the tweets were pretty funny (to a progressive like me): “If you lost followers this morning, congratulations! Someone in the Kremlin thinks you’re useful.” Or “Thoughts and prayers for the Russian Bot Rapture,” complete with gif of souls ascending into heaven. I was so glad, I even posted on one conservative’s lament: “THEY. WERE. BOTS. Are you seriously not alarmed by the fact that Russians are trying to cause division in our country?”

Besides the likes from the usual suspects, I got a comment, “I agree they have no business in our business.” I clicked through. His profile identified him as a Trump supporter, complete with “#MAGA” tagline. I was stunned. Too stunned to say anything conciliatory. I just skulked away, fearing that if I showed common humanity, he’d pounce on me. I am not proud of that.

I have read some horrific things on Twitter (and social media in general). I’ve seen images of Jewish reporters’ kids photoshopped into ovens, calls to deport babies, exhortations to end birthright citizenship for children of immigrants (which would strip my American-born kids of citizenship). That’s just a smattering. It has fed a deep and abiding anger against anyone who would support Trump despite his coarseness, mean-spiritedness and downright incapacity to lead.

But ever since I learned about Russian interference in our elections, I have taken a moment to breathe before reacting to the vilest posts. I’ve clicked through to their profile. And, armed with information learned on studies and reports of what Russian bot accounts look like, I’ve begun to notice that the ones posting the most awful stuff are… not human. Many have just a handful of followers and an account with just a few posts. A lot of bots have a regular, American-sounding name but a username with a bunch of nonsense letters and an 8-number sequence. A lot of them post on Moscow time. It’s not an exact science, but it’s easy to see trends emerging. Bots and trolls say the most extreme stuff, or amplify the most extreme stuff, and people like me get furious. And people on the right are fed a constant stream of vitriol… against Hillary Clinton, against liberals, against Obama, against climate change, against gun control.

And we each cling a little harder to our ideals. We ascribe the worst motives to the other side. We hate more. We listen less.

This is where we are. And, people, we’ve had help getting here, and it hasn’t all been home-grown.

I don’t know how we get out of this. I think the answer is complex, and systemic, and involves more education on how to spot propaganda and actual “fake news,” not just news we don’t like. Like: no one should be going around spewing that these grieving kids from Florida are “crisis actors,” (what the hell does that even mean, anyway?). We should all be trained to realize when something is likely, and when it’s not. We should all sharpen our eye when it comes to what we read. Heck, I reject some of the darkest pronouncements on the left, too. I refuse to think all Trump supporters are children-hating gun nuts. I can’t. It’s bad for them, sure, but it’s unhealthy for me.

So, remember: the way out of this darkness begins with us. Agree with whatever you can about the position of a family member who you consider to be “on the dark side.” Acknowledge that their intentions are good. Don’t try to change minds. Remind them about your own humanity – why you’re scared, what concerns you, what you see.

Here’s one thing I’m hopeful about: the kids are much savvier than we are. They’re not going to fall for bots, or pseudo-news headlines. But we’ve got to deliver a viable world to them, so we’ve got to get savvier, too.

We have been too easy to influence, people, left and right alike. They didn’t invent our divisions. They observed them, and magnified them. We’re too diverse a country to ever agree on everything, and that’s always been one of our strengths. A shrewd and cunning enemy figured out how to turn it into our weakness. Let’s take it back, together, blue and red, country bumpkin and city slicker, man and woman. We are many things, but above all, we’re united in this: we are Americans. 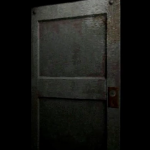