This past weekend, my daughter and I took a lo-ong road trip. She’s been accepted into four of her top-choice colleges, and now decision-making time begins. So we chose to visit two of them in one three-day stretch, each several hundreds of miles from home and nearly four hundred miles from each other.

It was a heckuva road trip.

We are experienced road trippers. The first thing I did after my divorce was final and their father moved out was take them on a three-week road trip which has since passed into family lore. They were nine and eight at the time, and we packed up the car like we were fleeing to never return. Tent. Sleeping bags (a leg of the trip involved camping). Clothes, toys, beach games, s’more-making equipment. They were still small, and I packed enough food for several families because I was not yet the grizzled road trip veteran I would later become. We hit the road to the Virginia Beach house we were going share for a week with friends.

We made that trip to Virginia Beach several years in a row, as well as others. We once drove the “fast way” from San Francisco to L.A. through the drought-stricken farmlands of the San Joaquin Valley, playing “Hotel California” and “California Dreaming” and “Take Me Home, Country Roads,” (my favorite road trip song, ever) on a loop on my phone when we couldn’t get any radio stations. We then drove back up along the coast, meandering past the breathtaking Pacific. We stopped in small towns, aquariums, and watched sea lions with Hearst Castle in the distance. We stopped to admire the ever-changing rock formations along the way. I accidentally booked us in a motel to cut costs (it hadn’t looked so bad on Hotels.com) in a town called Lompoc, and by the time we arrived late at night, there was just a smoking room available. The kids laughed about it looking like somewhere a crime might be committed, or used drug needles might be found. I sulked and felt like a bad mother, the smell of cigarettes clinging to my hair. We left early the next morning for our spacious room nestled among the redwoods in Big Sur, and I felt better.

All this to say: we know how to take a road trip. We know just how much food to pack, what to bring in our bags, what to leave and pick up along the way, how to deal with a wide variety of lodging. We know what we like to do when we first check into a hotel. We always remember to ask for the WiFi password. We always have plenty of chargers, refillable water bottles, a bag in the car for garbage.

Still, this trip was different, because it was the first my daughter and I had taken without my son. She was older than on our last trip, and it was just the two of us, so it felt more like traveling with a girlfriend than with a child. She had cash for the vending machine when the card reader was broken. She figured out the plug arrangements so both our phones could charge at the same time in a room with poorly-situated outlets.

And, of course, there was this: we were on this trip to figure out where she’s going to live for the next four years.

I have waxed maudlin on my children “leaving me” enough on this blog that I lack appetite to do it again here. Because a) I’m excited for her. She has a lot of ambitious plans and a tenacious spirit. And b) it is the way of life. Children grow up and leave. And c) I don’t want to splash my sentimentality on them (any more than I inevitably have). I have enough friends whose kids have gone to college to know it’s not like they evaporate and never come back. It is a net positive, and it is a good time in life. It is time to be excited and hopeful.

It was early in the first leg of our trip that I realized my odometer would flip from five figures to six somewhere along the voyage. My daughter guessed it would be before we got to the second college, and I thought it would be while we were on our way home. (I could have easily mapped the mileage and known for sure, but it was more fun to guess). When we were in the 99,990s, we devised an elaborate scheme to get the moment on video: I’d drive, and she’d hold my phone at just the right angle on the count of thirty after the odometer got to 99,999. It went off without a hitch. The road unfurled like a red carpet, and we celebrated our victory of catching the moment when something new began.

There are new roads ahead for all of us. For them, the first flavors of independence, new friends, intellectual discovery. For me, a reintroduction to a life in which I’m only responsible for me. It is like meeting my twenty-nine-year-old self again, except with more scars and a wicked instinct to move glasses away from the edges of tables: mom me, without the momming. Since I’ve grieved it for years now, I’ve moved on to the stage of being excited about it. Who am I without an obligation to remind people about gloves? Without my job as their thesaurus and supplier of favorite snacks?

The road is well-lit, and the odometer is about to turn. What happens next is anyone’s guess. 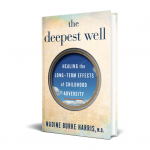 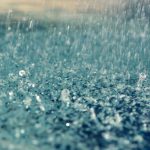