The other day, in the airport, I took an excursion to the bookstore. Airport bookstores are some of my favorite places – something about the careful curation of the offerings – and I try and make it my business to hit one in every airport I visit. Unsurprisingly, two books caught my eye. One was a novel which I decided against because (gasp!) the type seemed too hard to read (I still haven’t embraced the need for reading glasses). I noted its name for a possible audiobook purchase. The second was a non-fiction book called The Deepest Well. In an effort to not buy too many books (although, frankly, that ship has probably sailed), I also noted its name and went on my way without it.

But the book kept calling to me. The Deepest Well’s subtitle is “Healing the Long-Term Effects of Childhood Adversity.” I’d read the blurb in the airport bookstore, and the idea of it stayed with me like the thought of a well does a parched person traveling a long way by foot. I ordered it and it came yesterday. I began to read.

The first story is about a man who gets up to go to the bathroom, only to find he can’t move the right side of his body. He is mid-stroke, and the author, a medical doctor, tells his story with novelistic detail. At the end of the introduction, she explains that the man had no known risk factors for stroke. He exercised, ate right, was in good shape. But he did have one insidious thing in his history that pointed to an elevated risk for not just stroke, but a myriad of health problems: he had had adversity in his childhood.

The author ran a practice in an impoverished area of San Francisco, and within her first year she saw a thousand children with rare and difficult-to-treat maladies: two cases of autoimmune hepatitis, which in the general population has a frequency of one in one hundred thousand, asthma that didn’t respond to medicine, failure to grow. An inquiry into their “social history,” as she calls it, revealed abuse, neglect, parents in jail, drug abuse, instability. I wanted both to hug the book and hurl it across the room. It is so damn unfair when people who are too small to choose are handed such burdens.

This issue is front of mind for me recently, because I am grappling with my own history of childhood adversity. It’s become fresh in new and intrusive ways recently, and I’m ashamed and tired of it. I don’t write about it much here, at least not directly, but my main memory of being small is fear. Fear of trying to anticipate when my father would hit me next. Fear of losing everything in some financial catastrophe that always appeared to be looming (and occasionally dropped on us). Fear of being deported. Fear of being rebuked by an acid tongue. My father was clever in how he hit – never any marks – but was perhaps most effective in his words and devastating assessments of me, ripping out the bottom of me and causing all my hope to leak out.

I have dealt with all this in therapy and have gone through a lifetime of cycles of coping. The first, when I fled my house a month after I turned eighteen after a particularly violent episode, was sheer emotional refugee status: survive. Get a job. A cheap apartment. Try not to run out of food too many days before payday. At $200 a week salary to cover all my expenses, it didn’t always work out, but I tried.

Within eight years, I’d started my own business, and moved to a proper garden apartment. And so it became “put it behind me.” Four years after that, I became a mother, and then it became “do better for them.” A few years later, a creeping sense of lack of completion began to smother me, as I felt a flaring rage at a disobedient child and realized: he’s still in me. The hammer that had been used on me had been presented as the only tool in the box, and I struggled to speak and explain instead of yell and let my hand fly.

I succeeded. I was gentle and rational. I learned deep breaths. They settled down. Then my marriage broke up, and another bottom ripped open, dangling me above the jaws of homelessness and financial ruin, my old nemesis from the many lost apartments of my childhood, the disconnected water service, the nights in candlelight and the kerosene camping lantern that gave me a headache but provided the only light by which to do homework when the electricity was cut off for non-payment.

Now I’m fine. Secure, or secure as I can feel. My home seems safe (I can’t bring myself to write “is”), my children are smart and happy and ready to launch. They laugh at my catastrophizing, because they’ve seen no catastrophes. It’s like being warned of an invasion when you’ve lived nothing but peace. They don’t understand, and it’s one of my great accomplishments.

But I did survive the war, and I’m in the lonely place of being told I should get over it. Mostly by me, by the way. Get over it. It’s ridiculous for the fortysomething-year-old woman to have a cowering eight-year-old undocumented border crosser shuddering inside. It is gone. This is what’s real now. There’s a certain impatience in those who hear my stories, like I’m using them as a crutch, or like I want a pass from doing the hard work. We are who we decide we are today, say the American, by-your-bootstraps types. They mean well, because it’s a belief woven deep into our fabric. We create our own lives, our own cities out of deserts, our own railroads out of endless space, our own millions of dollars out of our hardscrabble starts, and our own realities even out of a wreckage of a childhood.

That’s why this book is speaking to me on such a visceral level. She speaks not of haunted nightmares, or of flinching when someone harmlessly lifts an arm too quickly, but of chronic inflammation many years after the negative events have stopped, of hormonal changes that can last a lifetime, of DNA replication and gene expression changed by adversity. She speaks of documented elevated risks of heart disease, cancer and diabetes. You know, not the feelings of doom, but the things we can measure on a machine. Something that says, yes, this was real, and, yes, it will always be real. It is in you down to your cells.

I don’t relish this information, just like one doesn’t relish the bandage that covers the wound. But I’m grateful for it. It doesn’t stop me from striving always to do better, to heal, to try and write stories that make people understand, or to be kind to someone who needs it. I don’t think the answer is to “get over it,” because it happened, and it’s woven into me in ways too complex to extricate now. I think the answer is to use all of me – my tenacity, my insights, my strength, all the inadvertent side effects of a childhood which could have been so much better – to make today better for as many people as I can, for as long as I can.

I give this post to you in that spirit.

And, please, don’t just take my word for it. Check out the book: The Deepest Well: Healing the Long-Term Effects of Childhood Adversity

Recent Posts
For a couple of years, my attention span for readi

When you wake up to see a film crew shooting foota

So this happened. After more than a year of not ha

Went to hang out with my favorite lions. #nypl

This could literally go on all day. #GiveMePets #c

The utter loveliness that is @asjouhanneau took th

Inspired by the cool giveaways I was tagged in yes

Come fangirl with me over the awesome authors I ge

LOVE IN ENGLISH has gotten a lot of love, and ever 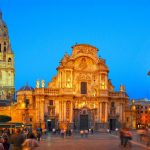