I did not jump on the Game of Thrones bandwagon early on. I hadn’t read the books. I’d vaguely heard of this show that people were buzzing about, but buzz is usually a way to get me to avoid a show, not watch it. I hopped in around when the third season was under way, as I recall, at the insistence of my brother.

It wasn’t mad love all at once, but the heat that burns once you realize you’ve found the real deal. The characters were awful but intriguing in ways I couldn’t quite pin down.  They were flawed and selfish and alive. Good deeds did not mark characters for glory, although they seemed to promise to in a way that’s familiar to everyone who’s ever watched an epic. But when Ned Stark, the guy most identifiable as a hero in Season 1, did not get saved when we imagined he would, but instead lost his head, Game of Thrones had me hooked.

It wasn’t the dragons, or the boobs (so many boobs). It wasn’t the redemption arcs or the beautiful landscapes, although certainly those were enticing. It was the complexity. The series, authored by the eccentric uber-nerd George RR Martin, had a point of view, and the point of view was: “Grow the hell up.” The world is a dark place sometimes. Doing everything right does not mean you always win. Bad guys do sometimes finish first. Losing everything doesn’t mean the world owes you.

It was provocative and exciting. Here was a series not feeding us the gruel we must so often consume, the pre-digested narrative arcs where you don’t ever get too engaged because you know the stakes aren’t as high as you’re being led to believe. The world was random and sometimes breathtakingly unfair. It was electrifying.

But, for the uninitiated, here’s what happened: when HBO bought the rights to the world of the books, the score was George RR Martin, 5 books, HBO series: 0 seasons. He’d always planned that the story would encompass seven books (and we’re talking serious word count, 4,228 pages for the first give books). He was so far ahead that he never imagined that the series would outpace him. But right around season six (of eight), it did just that. George RR Martin seemed to choke, or lose interest, and book six’s publication date got pushed back, then pushed back again (it’s still not out). He was grumpy in interviews when asked about it. He asked Stephen King on a panel, “How the f(#k do you write so many books so fast? You never had a day where you sit down there and it’s like constipation and you write a sentence and you hate the sentence and you check your email and you wonder if you had any talent after all and maybe you should have been a plumber?” (As an aside, this is one of my favorite moments of two greats talking about the craft of writing. If you care about the art-making process, I encourage you to check it out. I’m embedding the video at the bottom of this piece).

When the show outpaced the books, it got slicker. It was subtle at first. Endings seemed more pat. I knew for sure when, after a big battle (called The Battle of the Bastards) a character who had been nothing but a dick (Ramsay Bolton) got a death that felt like “just desserts,” a morality tale that never would have happened in the first seasons. In George RR Martin’s world, bad guys like Bolton sometimes got to romp through the world unscathed. Some of them, like Jaime Lannister, who famously tried to kill a child in the first episode, embarked on a moving arc of unlikely redemption. But once they went “off book,” as we purists tend to call it, the show lost all its freshness and its courage.

Still, because I’m an addict, I waited through the long, cold night until Season 8. We were promised epic battles, and satisfying conclusions. My excitement grew.

Back to the show with the point of view: besides inviting us to grow the hell up, Game of Thrones told us that what we care about is mostly bullshit, a message critical to our time. Right in the first episode we learn that there is a terrible danger growing in the icy north: the White Walkers, who can raise the dead for their army. They have been contained by a magical, super-tall wall, but “winter is coming,” and the threat is growing. South of the wall, factions and royal houses are squabbling over political power. No one is paying attention to the White Walkers. Some people even dismiss them as a silly old superstition.

The White Walkers have been considered by some to be an allegory for climate change. While we bicker about Democrat vs. Republican or iPhone vs. Samsung, the planet is on its way to becoming uninhabitable. It was an elegant and meaningful message: take care how you assess the threats facing you. What you think matters may be blinding you from the thing that’s actually going to kill you.

Which leads me to the death of story. Last night, episode three (of six) of this final season aired. It had long been touted as the game-changing episode. The show that had always been so ruthless about killing off central characters was about to lay it all on the line. The show runners had made a point of hyping that this was going to be the longest battle ever committed to film. In the last episode of last season, the dead finally breached the wall, and they had most of our favorite characters in their sights. They’d even killed a dragon and reanimated it to serve their cause. They were marching toward all the characters we cared about. It was going to be amazing.

So, keep in mind, for seven seasons these undead had been positioned as the real threat, the thing that everyone was ignoring to their peril. Last night, a character who is a fan favorite but whose narrative arc had nothing to do with this epic battle of good vs. evil… killed the main guy by sneaking up on him with a dagger. Boom, one blow, and he shattered into a bunch of pieces. (He’s an ice king. That’s what happens). What’s worse, in a hastily-set-up outcome, it turns out that when a White Walker is killed, every undead creature he made rise up also dies. Boom. An entire battle, massive in scale, ended by one girl in one stab in one neat little bow.

No important characters died. No narrative arc was advanced. The stakes were not raised. In fact, the stakes all but disappeared. The TV writers made up with CGI what they lacked in storytelling courage. There was a cool undead/alive dragon fight in the sky, but the whole driving force behind eight seasons of story was dismantled.  If the premise of the show was that the petty squabbles didn’t matter, and that the great danger was ignored at your own peril, when you do away with that peril in so facile and unimaginative a way, what’s left? I almost don’t care. I’m not even sure I’m going be able to bring myself to watch the last three episodes which are going to reduce a once-grand story to just more machinations for a throne that should, by all rights, not really matter.

What bothers me most is the public reaction, which was to gush about the cool things (fire swords! dragon fight!) and not analyze the fact that the internal logic of the world George RR Martin built was totally violated. In pandering to the crowd and putting the far-too-easy solution in the hands of a fan favorite, they succumbed to everything that’s base about Hollywood: flash over substance and pleasing the lowest-common-denominator instead of telling hard truths and clever stories. My disappointment was such I spent the whole night tossing and turning and hoping I’d wake up and realize it had just been a nightmare.

I write this to self-soothe, as I so often do. In time I’ll learn to remember the good moments, the days when Season 1 expanded my concept of how brave storytelling could be. But today I am bereft. And really hoping George RR Martin gets his butt in gear and tells us how this story was actually supposed to end. 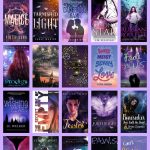