The other day, I was watching a screenwriting video on YouTube. I’m a novelist, not a screenwriter (yet!) but screenwriters tend to be very good at advancing plot (since in movies things need you, ya know, happen) so I like learning from them. In this particularly screenwriting video, however, the teacher said that he asks all his graduate students in screenwriting to read a book that has nothing to do with screenwriting: Mindset, by Carol Dweck. So I checked it out.

I, alas, have a propensity to fixed mindset. On steroids. I was raised on tales of genius: on Mozart’s precocious musical talent at age four, on DaVinci’s brilliant abilities. I was also told my intellect was above average, which you’d think is a good thing. And it is. Except… if you believe that your talents are fixed, even if you’re told they’re fixed high, when you encounter something you’re not naturally good at, it’s really easy to give up. And feel devastated. Aren’t we supposed to just be naturally good at things?

Writing involves two major phases: drafting and revising. I am what could be considered an above-average drafter. I can (and have, twice now) written complete drafts of a coherent novel in less than two weeks. And not just a pile of garbage: both the novels that landed me well-regarded agents. Yes, that makes me feel pretty good about myself.

Except, here’s the thing: no first draft is publishable. It may show enough promise to pique an agent’s interest, and perhaps even an editor’s, but everyone understands that a draft is a starting point. Everyone, of course, except the ego-driven-maniac who thinks that if she got it “wrong” the first time she must be an abject failure after all. Everyone except the woman with the skin so thin it shatters like crystal crashing to the floor at the lightest suggestion for revision.

Me, in other words.

Week before last, I went away to a writing retreat. It was led by two New York Times bestselling authors, and acceptance was by application only. One of the writers read my full manuscript, and the other leader and the participants read my first fifteen pages (as I did theirs).

Intellectually, I understood that this was an amazing opportunity to work on my craft. On some level on which I’m just a lizard looking for a warm spot on a rock, I was terrified. I spent the whole day I was supposed to leave concocting reasons not to go. When I did get there, I spent the better part of the first morning plotting my escape. (It was in a rural area and I suddenly had a desperate urge to find a CVS). The day after the in-person critique of my work, my stomach cramped up so bad that a doctor in the group took one look at my face and said, “You should go put your head down.” Such is my fear of failure.

But I stuck to it. I confessed my fears, first to the author reading my full manuscript, then to the full group. I listened to what they had to say. I rewrote my first chapter from scratch. I was surprised to learn it did not make me burst into flames on the spot.

Do I have growth mindset now? Who knows. Being wrong still hurts like a %^$&*$. It’s probably what I like so little about being out on the dating scene again: having to be so “wrong” about so many men before being “right” about a new one and, even then, do you ever have a guarantee that you’re right? Don’t men cheat and fall out of love and do things that utterly shock you? (I was just called a C U Next Tuesday via email yesterday, for example, a thing that’s never happened to me before, ever. A post for another day). For a girl who just wants to get it right, being wrong is almost an existential threat.

But I show up. I delete the paragraphs that aren’t working. I delete the matches that don’t fit. And, like a seedling, I do my best to grow. 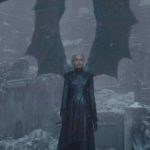 Game of Thrones and the death of storyWriting 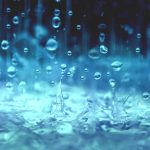