I was not a Dreamer, since my immigration status was resolved prior to the 2012 Obama executive order which brought the term into common usage. But I wear the term like a badge, like a memory. A Dreamer is someone who was brought into the U.S. without documentation as a child, as I was. Dreamers grow up in the U.S., go to American schools, love American T.V. shows, have American friends, grow up to learn our idioms and idiosyncrasies. And yet, as I did, they grow up under the swinging ax: at any time, for any reason, they may be torn from everything most of them have ever known. It doesn’t matter if they’re honor students, nurses, journalists, parents. All that matters is that they don’t have the right papers to stay.

On the day Trump announced his candidacy, he said that “Mexicans are rapists.” It was a not-so-subtle dog whistle that those of us who have lived in the shadows heard loud and clear. And as soon as he came into office, he made moves based in xenophobia, hate, and a complete disregard for families just trying to get by. Of the many anti-immigrant decisions he made, the rescinding of DACA (the DREAM Act), which Obama created to protect undocumented immigrants brought over as children, was among the most hateful, and the most widely reviled. Even conservatives seemed to agree that you can’t punish people for decisions made for them when they were too young to know what was happening. Today, the Supreme Court agreed. Well, they didn’t wholeheartedly agree. They said he’d violated process in doing what he did. The fight is still ongoing. Still, today I’ll take this win.

My mom has been cleaning out her garage. This past week, I went to pick up the pile she’d made : old Menudo buttons, clips of early Madonna photos and tons and tons of old notes and cards. In the pile: a folder full of clippings of every article we found as the immigration bill which would ultimately get us out of the shadows wound its way through Congress. I remember that scary year, wondering if it could possibly be true, if it might mean that the future which looked so dark and blank might somehow take shape. They are such a precious artifact, so many hopes and wishes in faded yellow newsprint, many from a now-defunct local newspaper.

Below are a few.

So while today’s SCOTUS decision doesn’t affect my immigration status personally, it affects me in other ways. For everyone who knows that Home is Here, my heart is full, you belong here, and I am so happy for you today. 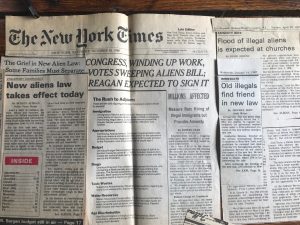 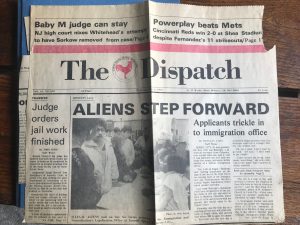 This website uses cookies to improve your experience while you navigate through the website. Out of these cookies, the cookies that are categorized as necessary are stored on your browser as they are essential for the working of basic functionalities of the website. We also use third-party cookies that help us analyze and understand how you use this website. These cookies will be stored in your browser only with your consent. You also have the option to opt-out of these cookies. But opting out of some of these cookies may have an effect on your browsing experience.
Necessary Always Enabled
Necessary cookies are absolutely essential for the website to function properly. This category only includes cookies that ensures basic functionalities and security features of the website. These cookies do not store any personal information.
Non-necessary
Any cookies that may not be particularly necessary for the website to function and is used specifically to collect user personal data via analytics, ads, other embedded contents are termed as non-necessary cookies. It is mandatory to procure user consent prior to running these cookies on your website.
SAVE & ACCEPT
On a Wednesday at the end of AprilWriting 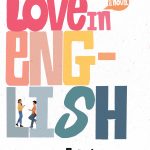