How you answer that question may correspond somewhat with how much you’ve had to think about these issues, what your own identities are, and, possibly, how much time you spend on Twitter. Some people haven’t thought enough about issues of identity, because their own privileges have given them the option of never considering it. Some, in striving to create a more level playing field for those from underrepresented identities, have set out strict rules that make my stories hard to place.

Identitarian deference, grossly simplified, is the idea that privileged individuals should defer to the opinions and views of marginalized individuals on topics relevant to those individuals’ experiences. So, for example, it means that Black voices are the ones that are important on issues most affecting Black people, like redlining, racist power structures, policing and the justice system, to name but a few. I wholeheartedly agree with the need for that deference. There’s been enough talk about Black issues from the white gaze.

But, like so many things, identitarian deference runs into issues like: who decides who gets to identify as what? If proximity to an experience is required to be able to speak, who decides what proximity is valid and which is not?

This issue was placed front and center in my own life when the announcement was made about my book LOVE IN ENGLISH. It is the story of a girl who comes to the U.S. from Argentina and doesn’t speak much English. It is a light and joyful book, centering on the love triangle involving the protagonist, Ana, a boy from her math class, and another boy from her ESL class. They sneak into New York City, as I loved to do as a teen, they watch movies I love, she scribbles poems and notes, as I did.

Ana’s experiences are all directly proximate to my own. I also did not speak English and sat in class, confused and alone. I also came from somewhere else and felt excluded. But the novel is fiction, and Ana’s life differs from my own in various ways, most significantly in that she came to the U.S. with papers, and I came across undocumented on the U.S./Mexico border (although, to reiterate, my family is from Argentina). I deliberately did not make Ana undocumented, because I know from experience that that identity is difficult and tends to shadow much of life. I wrote my first book, THE SECRET SIDE OF EMPTY, about what being undocumented feels like. In order to give Ana a chance to have a light romp and get the guy, I made her immigration status a non-issue.

The announcement was high-profile. The two-book deal was labeled a “major deal,” publishing industry code that everyone in the business understands without numbers being spoken. It was a trippy and surreal experience for me, a person who wrote in her diary at the age of twelve, “most of all, I want to be a writer,” but who wasn’t able to make that wish happen until decades later (not for lack of trying), and then only with a book deal on the lower end of the advance scale. My first book was considered a “quiet” book and did not get much attention. In contrast, LOVE IN ENGLISH, with its splashy feature, caused an immediate ripple. My website crashed from people scouring my site looking to figure out who this white lady was who dared to write an immigrant story. Six-year-old interviews were dug up and cherry-picked, and my background was misrepresented. Unflattering comparisons were made to other books with very little in common with LOVE IN ENGLISH. After I deleted the Twitter app from my phone to preserve my sanity, a few friends reported in on the most egregious tweets. Apparently someone alleged that I got the deal because I’m “pretty” and look like Ariana Grande. Which is pretty funny and not at all accurate, but gives some sense of how some of this went.

At the center of all this was the very issue of identity, and identity policing. I was put in a position to have to write a piece explaining my family’s immigration journey in painful detail. Because my identity as a former undocumented immigrant and non-native speaker of English is not written on my skin – I am white – and it doesn’t fit into a neat box, my identities are what could be termed an “invisible identity.” I wish I had a dollar for every time someone has learned of my heritage and said, “Oh, but you don’t look Hispanic.” Like that’s a compliment. Like that even means anything. It just means that people think they know what “Hispanic” is supposed to look like, and that I don’t fit the mold.

It’s not just Spanish-speaking people to whom this happens. Shaun King, a racial justice activist, was called out in conservative media as misleading people into thinking he was Black when he is actually white*. It caused King to write a piece that’s a painful read revealing that, actually, his father was Black. Should he have been put in a position to divulge so much personal information? It’s also an issue for people in the LGBTQ community. How do you “prove” your sexual identity? Who gets to say but you? And, if people proximate to the identity in question, in my case the immigrant identity, are the ones that get to choose, should the voices of people who don’t know what it’s like to lack the privilege of an American birth certificate but are marginalized in other ways get to have more of a say on my identity than I do?

It’s thorny and political and messy in ways that makes some people uncomfortable, including me. I can’t speak to the issues of people of color, and so on those topics, I listen and center Black and brown voices. But, conversely, many people can’t speak to the experience of living in fear of immigration authorities. I can. Many can’t speak to the experience of not speaking English. I can. Many, I suspect, did not sit in a college classroom and have a professor ask anyone who wasn’t a native English speaker to raise our hands, only to tell us we’d probably never fully grasp the class material and should content ourselves with the lower grades we were bound to (and did) get on his subjective grading scale. I can. Many people can’t speak to the disadvantages of not having an American birth certificate or social security number, and thus being cut off from access to public schooling (in my case through fear and misinformation), public funds and educational opportunities. I can.

I am not getting in any lane I don’t belong in when I tell stories based on my identities. And I also acknowledge the privilege that being white has given me even as I carry my invisible identities in my heart. I am a “white lady.” I do get waves from cops when I’m on a walk in my quiet suburban town instead of aggression and suspicion. Those are all real and have impacted my life for the better within a racist system that has unduly privileged me. I strive to help dismantle racist systems every day.

I can both tell my stories and acknowledge the need for more centering of the stories of BIPOC authors.  These are not mutually exclusive. If anything, I hope that helping to show the messy and intersecting ways in which privilege is apportioned in our society helps elevate the conversation to an acknowledgement that this stuff is complicated. That there aren’t neat buckets. That the more people who are heard, the broader the base of our knowledge and, thus, our ability to make nuanced decisions. That is the conversation I want to be a part of.

*Update 8/30/2020 – Since I wrote this piece, I’ve seen some tweets from Shaun King that I do not agree with. (I was unaware of him before researching this piece). Using his story as an example of the harm caused by identity policing or erasure in no way endorses the entirety of everything he’s ever said or done. It’s just intended to underscore the fact that I don’t think anyone gets to ask someone else to justify how they identify. 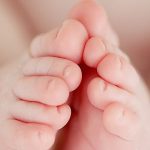