“Who left the empty yogurt box in the refrigerator?”  I call out in frustration.  Someone has finished the extra large pack of yogurts, and left the bare box in place.

There is a studied silence from the next room, the silence of a perpetrator who doesn’t want to come clean.  In a huff, I snatch the box out of the refrigerator.  “KIDS,” I grumble to myself.

Later that afternoon, I open the fridge for an afternoon snack.  I really shouldn’t, but there is a wonderful chunk of French bread still sitting in its wrapper since dinner last night.  I pinch off a piece.  Then another.  And another.  Before I come to, all but what I like to call the “bread butt” is gone.  This I toss absently in the garbage.  I give the refrigerator door a little shove, and in the last moment before the door closes I realize I’ve done it.  I’ve left the empty bread wrapper in the refrigerator.  For a split second, my reptilian brain wonders if I’m going to get busted, and I’m seduced by the idea of just leaving the wrapper there for the next person to clean.

But then it dawns on me:  I am the next person.  I am the grown-up here.

How in the world did this happen?

The idea became fully formed in my early teens – surely this regime of grown-ups that ran everything and made all the rules must have some organizing force, a union of sorts.  I half expected a manual to be produced at some point.  “Welcome to adulthood,” would say the manual-bearing representative.  “Here is your guidebook.  Here are the codes, the answers, and the playbook.”  And, finally, it would all make sense.

It’s been more than 20 years, and I am still waiting.

Becoming the grown-up takes on added significance as children enter preteen-dom and start to utter the obnoxious things you vividly remember saying yourself.  Things you remember made you clever and superior.  Except that, now, coming as they do from the mouths of people who don’t yet have enough self-awareness to pick their own jean styles without checking with 8 friends first, they feel insufferable.  Things like, “Maybe that’s how they did it in your day.”  And the perennial, “You just don’t understand what it’s like to be young.”

Being the grown-up means being thrust into the role of super-drip and buzz kill in ways you’re not fully committed to.  Yes, it’s fun to stay up late.  Yes, I love ice cream too, and would also eat it for 3 meals straight if I didn’t care about this pudge around my waist and the gloom and doom news of its effect on my arteries.  Yes, I want to stay in bed.  And, god, do I hate doing laundry.  But someone’s got to keep the trains running on time.  I’m not sure who appointed me to the position in this house.  But here I am.

So when I hear things like, “Do you have any ideas how many empty calories that has?” or “Don’t leave your homework to the last minute,” and “Did you lay out your clothes for tomorrow?” falling out of my mouth, no one is more shocked than I am.

I still really want to leave the wrappers in the fridge for someone else to deal with, but the lady who cleans around here is a real nag. 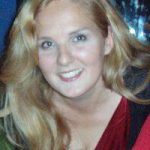