I turn the channel away from the wedding shows, even the ones in which the brides are being impossible.  I secretly thrill when I read about the break-ups of celebrities.  When the ladies at work are ooh-ing and aaah-ing about the latest engagement ring (and I work in engagement ring central, another one just dropped this morning), I find a really good reason to go to the kitchen.   Like a mug that suddenly needs immediate scrubbing.

I wasn’t always that way.  I used to doodle the last name of my high school boyfriend, doing the clichéd “trying it on for size.”  Hyphenated.  Mrs.  Affixed to mine.  Since as far back as I can remember, the sight of a doll in a wedding dress thrilled me, my wedding day Barbie pristine in her box even as her counterparts got plenty of wear.  My own wedding was simple but elegant, and the picture we took hung in a proud spot in my home.

But that was then and this is now.  The picture is off the wall and I know now that the saying is true: no one gets as bitter as a disappointed hopeless romantic.  So I’ve entered the curmudgeonly phase of my life, my “weddings are for sissies” phase.  And, truth be told, even at my most “hopeless romantic,” I never exactly loved the stilted traditions and the high drama that most weddings bring.

I tell you all this to show you just how unlikely a candidate I am to officiate a wedding.  And, still, that’s exactly what I’m going to do next September.

The groom was my brother’s college roommate.  He came to stay with my parents when he wanted to try his hand at making it in the big city.  We used to joke he was my “replacement brother” when my actual brother moved away but Replacement Brother remained.  He folded into our lives perfectly, family dinners, private jokes, late nights of zombie apocalypse computer games in my mother’s attic.  He earned a permanent spot in our family, even after he eventually relocated to another city.  There, he met his bride-to-be.  From the start, she was perfect for him.  We loved him before her, but when she came along, she filled him out and settled him, matured him, brought out his innate kindness without dulling any of his wit and humor.  So we loved her too, studious, smart, humble, Ivy educated.  If we had gotten a “perfect mate for your friends” catalog, she is the one we would have picked.

It was a pure, unadulterated joy when, a couple of months ago, I got the call from them on a Sunday morning that they’d gotten engaged.  We had hoped it was moving in that direction, of course, but the confirmation of it was sweet.  As they started to plan their wedding, their integrity and thoughtfulness shone through.  It was to be a week-long affair in a house on Cape Cod, close family and friends sharing a prolonged and meaningful celebration.  Perfect, like everything about their courtship.

So when they came to town recently for the first time since the engagement I was excited to see them.  I would finally see the engagement ring – a family heirloom, of course, the classy touch that you’d expect from them.  I pushed away the momentary stab of sadness as she held her hand out for me to see it, since I wanted their engagement and wedding to be only about their happiness and not about my longing.  I made a joke to mask the twinge I felt.  It would be my first wedding since my divorce.  If anything could ease the sting of that, it would be that it was these two doing the getting married.

After an easy, long chat at the Soho bar, we walked to their hotel to say our goodnights on the sidewalk.  They mentioned coming in for a nightcap.  I begged off, since I still had to drive my brother and me home.  They got a little awkward, like they didn’t know how to say goodbye.

Then he said it, “We’re wondering if you’d marry us.”

I made a joke, as I so often do when I don’t know what to say.

“No, we’re serious.  We would love it if you would perform our ceremony.”

The tears came readily, the unexpectedness of life mixed with the irony of the request.  They wanted the one person they knew who had most stopped believing in happily ever after to bless their wishes for a long and happy life together.  They’d based their decision on other things, I’m sure, a speech they heard me give, writing they’ve read.  But , still, I felt like the barren woman invited to the birth.

I said yes, went home and did some research.  I was an unlikely stand-in for a pastor – long lapsed Catholic, believer in a mishmash of privately held spiritual inklings drawn from Buddhism, animism, and wise woman lore.  I wasn’t any kind of authority either, not a judge or a ship’s captain.  But it turns out it’s not hard to get approved by the state to conduct a wedding ceremony.  Just send in some paperwork and you’re good to go.  So the question was not if I could, legally, but if I could from the heart.  How do I help two people express their dreams and commitments when I’m no longer sure if I believe in my own?

As I researched wedding sayings and readings, I found, to my surprise, a certain peace spreading over me.  I closed my eyes and imagined the day, a Cape Cod breeze blowing my serious gray “wedding officiant” dress (I spent a lot of time planning the outfit, as well as a costume change into reception-wear for later).  I imagined these two wonderful people, young, hopeful, ready to take the brave step, facing each other, speaking their vows.  In my vision, the sun was shining, the love was palpable, and all my cynicism had washed away in the clean Cape Cod air.  I realized that it is because I know how those vows can be broken that I can celebrate their sweetness all the more.

I found a quote from Lao Tzu which I’d like to use in their ceremony: “Being deeply loved by someone gives you strength, while loving someone deeply gives you courage.”  Before they asked me to perform their ceremony, that saying would have salted my wounds, devoid of strength and courage as I felt.  But, today, I am made strong by their faith in me, and I feel brave enough to share in their celebration of love, even if I don’t have my own standing beside me through the simple instants of life.  My nights are still quiet, the left side of my bed still cold.  But, maybe, love and hope and strength and courage come from places that we don’t expect.  Maybe that’s how we all heal, one unexpected moment at a time. 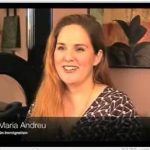 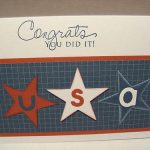