In the jumble of feelings and paperwork that is a divorce, my naturalization certificate disappeared.  My ex said he didn’t have it.  I knew he did.  Last week, 5 years after it went missing, it wordlessly appeared in a manila envelope along with my monthly child support check.  No, “Oops,” or “My bad.”  Such is the broken language of our forgiveness.

Looking at the document while sitting in the front seat of my car, my nosy twelve-year-old peering on, I felt a surge of emotion.  For the first time in years, I was able to look at the date I became an American citizen.  August 7th, 2000.  I knew it had been in the year 2000 and I knew why, but somehow it meant more to know the date.  Later, I would Google the date and see it was a Monday.

The paper in my hands had meant just as much the Monday it was first handed to me, the curious twelve-year-old then a baby on my hip.  I had never thought myself worthy of this paper.  After the perfunctory oath in the ugly, gray, official-looking room in the Newark, New Jersey federal office, I waited for them to call my name and hand it to me.  I waited for my fingertips to tingle or for a glow to appear.  Some signal that I had finally come to deserve the paper.  Instead, my baby fussed and my shoes pinched.  I put it in my bag and started to make my way home.

My road to getting this paper had started nearly 30 years earlier.  I missed being American by a few months when my parents brought me over as a baby and overstayed their visa.  I grew up in the murkiness of the undocumented.  My parents enrolled me in Catholic school to avoid the public school registration they dreaded, with its residency requirement (they misunderstood “residency requirement” to mean proof of immigration status, instead of proof of actually living at our address).  They wouldn’t sign up for the town pool for the same reason.

Being “illegal” brought many indignities, some small, many big, like the lack of a social security number, the key to a driver’s license, a job, a college education.  But, worse than all that is the sense of deep shame it wove into me.  All kids feel inadequate at some points, of course.  The bookish and artsy ones like me feel it deeper than most, probably.  But there is a special “proof” that comes along with knowing the government thinks you don’t belong in the only place you’ve called home.  My sense of displacement came with an official stamp on it.

An amnesty cured me of my ills – at least my external, legal ones – when I was 18 years old.  At that age, I got my temporary residency card.  After two years of that, I was eligible for my permanent residency, which I sent for right away, yearning for its security and its stamp of approval.  All I needed were five more years to be eligible to become an American citizen.

The clock started ticking when I was 20 years old.  At 25, the date came and went.  First, unsure of the exact date of my permanent residency, I said I’d give myself another year to be sure.  Then, embroiled in starting a business, I told myself I’d deal with it the following year.  By the following year the business’ success meant that I was focused on opening up a second location, so there was another reason to put it off.

By 28 I had fallen in love with my husband-to-be, and had been caught up in the swirl of all that.  Still I couldn’t make myself file the citizenship application.  It was then I started to suspect there might be something else to my procrastination.  When I got quiet and really listened to the voice inside, I realized I didn’t think I deserved to be an American citizen.  The messages of my youth had soaked in deep.  Even if I was eligible legally, I didn’t think I merited it on some higher level.

In my 29th year I learned that I would be a mother.  This notion took a long while to take root.   I wasn’t sure I was ready for that, either.  But when the little flutters let me know it was happening, one way or another, I learned a lot about inevitability and preparation.  I might not have gotten the motherhood stamp of approval and handbook, but it was happening anyway.  So, too, maybe, it could be with American citizenship.  It feels silly now, of course, since I’ve only ever lived in the U.S., but at the time I didn’t think I had what it took.  Still, it was my daughter – as yet unborn but about to enter into the world unabashedly American –  who gave me the courage to file the application.

The stakes seemed incredibly high.  What if filing for citizenship uncovered some mistake in my amnesty application and that was somehow taken away?  What if, after a lifetime of living in my beloved New Jersey, I brought attention to myself and finally brought on the deportation I’d been dreading all my life?  It was only the little kicks in my belly that finally made not applying feel worse than applying.  If I didn’t deserve to be an American for myself, I at least deserved to be one for my American child.  It was one of the first but certainly not one of the last ways my children powered me up with courage.

So I took the oath with my six-month-old on my hip.  By the time her brother came along the following summer, I had come to believe in my right to be an American.

“What did Daddy send you, Mommy?” asks my daughter in the present day.

“Some papers of mine that he had,” I said.

“My citizenship paper,” I said, holding it out for her to see.

“That means I was illegal too when I was born?”  She wonders if my stain is hereditary, like hair color or, maybe, a birth mark in the same place.  By now, as I’ve gotten the courage to write and talk about my story, she’s taken to telling it to her friends and teachers like a parlor trick.  For her it’s a tale of intrigue and suspense instead of what it was to me.

“It doesn’t work that way.  You were born here,” I tell her.

She shrugs, the paper losing its interest.  She looks almost disappointed, as if it might have given her some kind of cool street cred if the paper had called her own citizenship into question.  Since it doesn’t, she moves on to a discussion of the latest Britney Spears song.  I want to tell her that it’s thanks to her that I have my citizenship, but I don’t know if she’ll understand.

I don’t even know if I understand how one travels from not good enough to good enough.  It is a series of quiet, unsung steps, one small, brave, hidden flutter at a time. 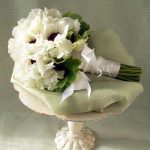