Watching Humvees with army-type guys armed to the teeth rolling down the quiet streets of Cambridge is hard for me.  For one, I have spent significant time in Cambridge and I love it there. For another, I have a natural aversion to the idea of a militarized presence in an American city.  More than anything, I want to live in a world where I don’t have to decide whether the police is overreacting or it’s really possible that someone will use a pressure cooker to kill an 8-year-old.

It’s hard for me to understand why it takes tank-type vehicles to find one 19-year-old.   But I have to remind myself that this 19-year-old helped execute a bloody and incomprehensible attack, an attack I fear will trigger others.  There was a time this just didn’t happen here.  There was a time this was news about what happened in other countries.  Now self-confessed bombers are rolling around in a carjacked vehicle killing college security guards.  It maddening and frustrating and beyond comprehension.

I am a firm believer that darkness doesn’t combat darkness.   Only light does.  Following that philosophy, I think that putting armed guards in schools means the school shooters win and invite images of violence into innocent places.  I guess I consider the sleepy Boston streets innocent places too, and machines of war make them look threatened somehow.  But, of course, there is the real threat of a young man with nothing to lose, running around with explosives and the images of his dead brother in his mind.  What would I do if I was in charge of trying to catch him?

When I was young, I harbored fantasies that I would understand things more as I got older.  And, for the most part, I have grown in understanding.  I now know a lot more about love, and the loss of love, and writing and feeling worthy and the thousand other pesky things that I wondered about in my youth.  But the older I get, the less I understand violence.  The closer I get to the middle and the end of my life, the more I understand how unique, how precious, how breathtakingly improbable the chance at life on earth is.  How beautiful.  How rare.  Why spend your one chance hurting others and risking your own life?  I want to live in a world that makes sense.

So, yes, the Humvees bother me.  The full battle regalia (besides being just the teensiest bit sexy – I must admit) bothers me.  But I know now it’s more nuanced than that.  The men on those Humvees are trying to do good things, and have the courage to stand in harm’s way.  I don’t have to like it, the imagery, the war-like appearance of it, but I can respect what they are trying to do.  And I can send them warm thoughts – my own light in this ugly darkness – that they may be safe and well.  And, really, that is all I know. 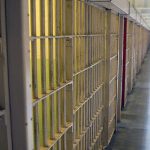 Say no to the death penaltyWhat's New 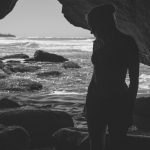