Within the last six months, events have rocked my convictions to the core.  Sandy Hook and all those murdered children.  The Boston Marathon and all that senseless suffering.  But I am still against the death penalty.  Always.  Yes, even for the perpetrators of these heinous acts.  Here’s why.

I grew up believing in the great promise of the American experiment.  In history books, it all seemed so clean: fighting the bad guys, sticking up for the underdog, truth, justice and the American way.  Then I grew up and learned it was more complicated than that.   But the great achievement of even putting those ideals down on paper, and attempting to build a nation on that foundation, still moves and uplifts me.  Due process of law.  Justice.

Of course, the United States’ history with the death penalty has been less than inspiring.  While 129 nations have banned capital punishment, we remain one of the few Westernized nations to continue to sentence people to death.  It was only in 1977 that the Supreme Court ruled it unconstitutional to sentence the “insane” to death in Ford v. Wainwright.  It was not until 2002’s Atkins v. Virginia that the ban evolved to include the “mentally retarded.”  Extensive data exists that the death penalty has been and continues to be given to minorities at rates far exceeding that of whites.

But, to me, this is sort of like arguing just how thick a stick a man can beat his wife with.  The answer is that no stick – and no government sanctioned killing – is acceptable.

When passions are high, like they are right after the horrific, inconceivably terrible acts of the last few months, this is not a popular opinion.  But, luckily, I am in good company in believing things whose time hasn’t come.  It was once preposterous to suggest there should be no slaves in America.  Women got jailed for demanding the right to vote.  It was just a few years before I was born that Martin Luther King, Jr. had to stage his peaceful demonstrations.  And it was absolutely acceptable when I was growing up to make gay slurs.  We’ve evolved beyond all those things.  Surely we can evolve beyond the draconian eye for an eye.

What’s wrong with the death penalty is that it sullies us, not the killers to whom we mete it out.  We should not kill them not because of them, but because of us.  Yes, they’ve done terrible things.  But we, as the state, should do great things, like set examples and act justly.  We should not use the rhetoric of schoolyard “got-ya-back” when deciding over things like a human life.  Yes, murderers did not respect human life.  But it is shameful that we think that means we shouldn’t either.

This website uses cookies to improve your experience while you navigate through the website. Out of these cookies, the cookies that are categorized as necessary are stored on your browser as they are essential for the working of basic functionalities of the website. We also use third-party cookies that help us analyze and understand how you use this website. These cookies will be stored in your browser only with your consent. You also have the option to opt-out of these cookies. But opting out of some of these cookies may have an effect on your browsing experience.
Necessary Always Enabled
Necessary cookies are absolutely essential for the website to function properly. This category only includes cookies that ensures basic functionalities and security features of the website. These cookies do not store any personal information.
Non-necessary
Any cookies that may not be particularly necessary for the website to function and is used specifically to collect user personal data via analytics, ads, other embedded contents are termed as non-necessary cookies. It is mandatory to procure user consent prior to running these cookies on your website.
SAVE & ACCEPT
About The Secret Side of EmptyWhat's New 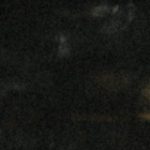 Boston and what I knowWhat's New