I didn’t know Tim Hetherington, but I kind of wish I had. Although I don’t know what a war photojournalist would have had in common with a soccer mom, I somehow think he would have found a way to bridge the gap. He seemed like that kind of guy.

I won’t get to find out, because Tim was killed documenting the Libyan conflict in 2011. I “met” him this weekend in an HBO documentary about his life and work.

As a pacifist, war and violence have long been incomprehensible to me. I just don’t understand what could motivate young men to put their fragile, tender bodies, simply skin and easily shattered bone, in the line of fire.  Their one chance at life, so recklessly gambled.  Why? The motivations of old men in power are equally opaque to me. Could wealth and power really ever be worth knowing you put young men at risk? It seems like a grotesque imagining, something that couldn’t really be true.

I can’t say I fully understand war any more than before I watched the documentary, but the telling of Tim Hetherington’s life helped me glimpse a comprehension that had until now completely escaped me. He was curious and funny and seemed, as far as I could tell, completely unpretentious. That he decided to run off to dangerous corners of the globe to shoot photos of battles and their aftermath instead of work in a graphic design office in London (or some other equally banal occupation) is something I don’t think I’ll understand. But that he could be so human and real in the midst of chaos helped me see things in a new light.

There is a line in the documentary, “War is the only opportunity that men have to love each other unconditionally.” And that’s what Tim documented: the love of people for each other under extreme circumstances.  He became a part of at once the most horrific but also the most mundane experiences… running with combatants to get images of a front-line battle, but also photographing them while they fill sand bags or as they sleep.  Instead of swagger and the need for glory, he seemed to want to document the human experience.  Despite the courting of danger that I can’t understand, that yearning to document the human experience makes us kindred spirits.

I once had a writing teacher that said that what readers want most when they read is to feel something.  It seemed that Tim understood this instinctively, that stories needed to be told, both of people feeling something and so that the viewers could have their own feelings as well.  It is a shame that his voice has been stilled.  Senseless death is still something about war that I will never understand. 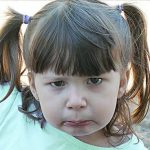 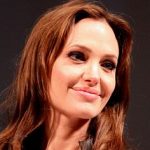