World War Z: An Oral History of the Zombie War by Max Brooks

Let me preface this by saying I am not a zombie, a zombie killer or in any way affiliated with zombies. In fact, until this book, I kind of looked down my nose at the zombie genre, until my most beloved (and only) brother gave me the book for my birthday. I kind of had to read it, since my brother is awesome and I really wanted to see the movie (for reasons totally unrelated to zombies, and more of the “Brad Pitt” variety).

But was I in for a paradigm shift!

First of all, this is not a “zombie book.” It’s a book about a zombie apocalypse, yes, but that’s like saying Buckingham Palace is a house. This is a masterfully done, impeccably researched fictional oral history set 10 years after a virus turns the vast majority of the human population into brain-eating undead. Besides the “undead” portion of the premise, everything else is perfectly, beautifully realistic. The characters have conflicts and quirks. The settings are well-described.

The author (son of Mel Brooks and Anne Bancroft – how cool is that?) uses the fictional (I think?) zombie apocalypse to comment on modern society, its failures and weaknesses. But he also delves into what makes us survive. It’s never simplistic, never feel-good, always complex and well thought out.

The story is told from the point of view of a researcher compiling an oral history from the survivors of the attacks, from the first inklings that something is wrong to the point where it seems like the human race might possibly be wiped out. He does this from the perspective of people all over the world, good guys and bad guys, big players and “little” people who just happen to escape with their lives. The pacing is perfect and he doesn’t miss a beat. I am a big fan of post-apocalyptic fiction, and often, even in a great “end-of-the-world” book you find yourself asking, “Why didn’t they just…” In World War Z, the author has thought of all those questions and answered them, leaving a satisfying page-turner that I know I’ll read again, because once wasn’t enough.

View all my reviews

This website uses cookies to improve your experience while you navigate through the website. Out of these cookies, the cookies that are categorized as necessary are stored on your browser as they are essential for the working of basic functionalities of the website. We also use third-party cookies that help us analyze and understand how you use this website. These cookies will be stored in your browser only with your consent. You also have the option to opt-out of these cookies. But opting out of some of these cookies may have an effect on your browsing experience.
Necessary Always Enabled
Necessary cookies are absolutely essential for the website to function properly. This category only includes cookies that ensures basic functionalities and security features of the website. These cookies do not store any personal information.
Non-necessary
Any cookies that may not be particularly necessary for the website to function and is used specifically to collect user personal data via analytics, ads, other embedded contents are termed as non-necessary cookies. It is mandatory to procure user consent prior to running these cookies on your website.
SAVE & ACCEPT
To Kill a Mockingbird – a reviewBook Reviews 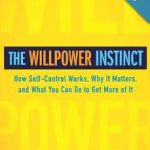