Night before last, I finished World War Z, the novel about the zombie apocalypse told in the form of an oral history.  I am not usually a zombie girl, but I started it to be nice to my brother, who gave it to me for my birthday.  I was hooked on it immediately with its meticulous research and its well-paced narrative.  I pride myself on not letting stuff like that get to me, but after a night of half sleep punctuated by horrific nightmares, I realized it’s because I don’t usually read or watch horror.  For precisely that reason.  It gets to me.

Then, last night, because the whole reason I’d read the book was so that I could go see the movie (or because I’m a sucker for punishment), I subjected myself to Brad Pitt’s dreamy self being chased around by the most terrifying creatures I’ve ever seen.  In Newark, no less (plus a bunch of other places.  Let’s just say I’ll never get on a plane again without thinking about this movie).

On the drive home from the movie theater, I saw a guy running on Route 46, a four-lane highway near my house, in the dark, down the middle of my lane after my car.  I literally screamed.  It was such a dumb thing for the guy to do, for about a full 3 seconds I was sure he was a zombie running after my car until my rational brain took the wheel away from my reptilian brain.  Actually, he ran just like the Terminator who can turn to liquid, same arm motions, same pace.  So, like, a zombie Terminator.  My brother laughed his ass off at me.

I had gone to the movie to forget that my editor’s long-awaited “notes” on my latest draft had finally arrived.  When I first opened the notes, my heart started to pound as if… well, as if zombie Terminators were running after me.  Every time I first get feedback, I am sure I have never read anything so annihilating in my life.  Then I put on my big girl shorts and realize that I am blessed to have a professional’s perspective on my work and that by reacting to the feedback (either by implementing the suggestions or by getting clear on why I won’t) I make the work that much better.  So I know all this.  And, yet, the 10 pages of notes knocked me on my ass.

Chalk it up to my perpetual childlike hope that I thought going to watch a zombie movie was going to make me feel better.

I came home from the movie in a total funk.  The question of why we love zombies kept turning around in my brain, feeling somehow important.  What is it about our total destruction that seduces us?  Is it a way to play out something meaningful in our heads now that our physical survival is so rarely truly in jeopardy?

I went out to my yard, 2 days before the supermoon, and stared up at the sky.  The moon calmed me.  I wondered if anyone else I knew was looking up at it too.  Gazing at the moon always causes a twinge (all those friends and lovers who might be looking at the moon but who are lost to me now) but also brings peace.  Loss and peace dancing together in the steady moonlight.  And, that’s it, I guess, the whole mystery that is so impenetrable, so unchanging.  We lose things – the illusion that the book was done, lovers, the feeling of security – and we have to find our way back to feeling safe again.  But, ultimately, do we win or do we lose that game?  The zombie apocalypse won’t come, but if we all eventually close our eyes one final time, don’t we lose the war with oblivion?  In the face of that, the importance of everything melts away and the book notes become less scary, but I don’t know if that is what peace looks like.

I came inside, steadied by the light of the moon, resolved to not have any more nightmares about zombies coming down my stairs with blue spots on their gray faces.  (I didn’t).  I woke up to a glorious sunny morning, with nothing but day stretched before me.  I still don’t know the answers, but by the sun’s light it seems easier to forget the forever questions and focus on opening the 10 page letter and getting to work.  And not a zombie is sight. 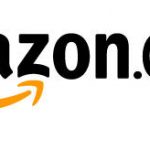 The Secret Side of Empty is on Amazon!!What's New, Writing
The plane, the planeWriting