She got all dressed up for the occasion in a pink dress and the daintiest earrings I’d ever seen her wear.  She looked heartbreakingly grown up.  At 13, she could easily pass for 17 in that outfit.  But she gave away her age with the awkward and excited giggles on the bus into Manhattan.  Going to work with mom for the day made her thrilled in that touching and sweet way other parents always warn you will someday go away.  I relished the moment.

We got to my office and I set her up in my cube, momma bear style, the two of us too crowded in.  Just the way I like it.  It felt nice to have her so close, even if I was working on my computer and she was watching Netflix on hers, back to back.  I wanted to reach over and kiss her shoulder, but I knew that was a no-no.

She got her wings slowly.  First she said she’d go find the bathroom by herself.  Next she came back with a hot chocolate she’d dispenced on her own from the kitchen.  Later I took her to lunch at the coolest place I knew, a hip second-floor eatery with turntables decorating the industrial-style walls.  I saw her soaking in the grandeur of New York, poking the Empire State Building in awe as we walked by it.  She lit up like a firefly at dusk, just as I remembered doing when I was her age and I got my first heady taste of the pulsing rhythms of Manhattan.

After lunch, with a long, boring afternoon of work ahead, I suggested she might go for a little walk on her own.  I explained Manhattan geography and told her to stick to Fifth Avenue and she’d be fine.  She looked hesitant and excited both.  I insisted, thinking it might be a nice adventure for her, remembering a few of my own at her age.  I pressed a little money into her hand.  I told her to take my phone with her.  She said she was afraid it would get lost or broken in the shuffle.  Despite my better judgement, I let her leave without it.

She went out and came back within a half an hour, heated from the muggy New York summer afternoon, excited about what she’d seen.  “Can I go out again?  I just came in to cool down.”

“This time I think I’ll go left instead of right.”  She’d done so well this time I didn’t even insist she take my phone.

We agreed that she needed to be back by 4:15.  When 4:15 passed, I got mildly annoyed and rehearsed the curfew speech I’d give her, an eloquent one about building trust and keeping your word.  By 4:45 I was worried. By 5:45 I was in a full-on panic, down on the street, trying to recreate her steps, wondering how one finds something so precious and small in such a sea of humanity.  I kicked myself for letting her go at all – no, for encouraging her! -for sending her out so vulnerable and unprepared into the world.  I alternated between imagining the tongue lashing I’d give her and fighting off waves of worst-case-scenario thoughts.

At 6:05 I got a call from a 212 number I didn’t recognize.  It was her, calling from a borrowed pizzeria phone, talking about getting lost, sounding frazzled, saying she was 5 blocks away, that she’d spent an hour trying to find a store that would let her use a phone.  “Get up here right now!” I said.

I stood on the corner, the sinking feeling getting worse for the next half hour that she didn’t appear.  I didn’t understand it.  I was sick and confused.  Waves of nausea started to hit me.  Finally, she appeared, looking sweaty and squinty, clearly lost.

“What do you mean?  What took you so long?” I said in my best angry parent voice.

“I told you I was on 32nd and Fifth.  I thought you said you were coming to get me.  I was lost.”  In our mutual confusion and fear, we had misunderstood each other.

All my anger dissolved into guilt and relief.  My tiny child, the one I nursed and rocked to sleep what seemed like a few days ago had been lost in this bustling, uncaring cauldron of humanity and I hadn’t gone to find her.  I’d sent her out into the world too soon.

“I told you to stay on Fifth Avenue,” I said.

“I did.  But then I went into a store and I forgot which way was which and I… Fifth Avenue is on West 32nd Street?”

“Yeah.”  I gave her a big hug, a sudden, overwhelming exhaustion overtaking me.  And, still, despite the swirling feelings, the strongest one was this: there is nothing better than knowing your children are safe.

It made me relieved I’d rescinded her permission to go to her Taylor Swift concert by herself, just her and a friend, and insisted that we use the tickets for the two of us instead.  I want to hold on to her as long as possible. 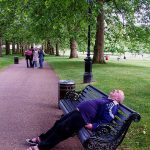 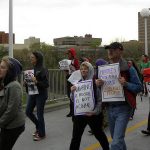 Finding myself on the “other side” on George ZimmermanWhat's New