I have always believed that it’s important to be an independent thinker and not follow a “party line” when it comes to opinions on current events.  That said, it’s comfortable to have a tribe.  Being a “liberal” means I get to talk in shorthand to friends at parties.  I get to roll my eyes at Republican primary debates and laugh at things like “the female body has a way to shut that whole thing down.” I get to be in on the joke when I watch Jon Stewart.  I like it.  It feels safe.  That’s why it particularly pains me to believe that the jury reached the right verdict in the George Zimmerman trial.

I was at a concert when my Facebook feed lit up with the outrage:  not guilty.   My smart and interesting compatriots, who updated their feeds live on election night with me, who regularly post interesting, well-researched articles on immigration reform and women’s rights… they were all so mad and hurt.  I was not.  I felt relieved.  I was without a tribe on this one.

For the record, I think it’s tragic that Trayvon Martin is dead.  As someone who values life to the extent that I am against the death penalty in even the most egregious of circumstances, I mourn every life lost senselessly.  The issue of this trial was not whether the death of a 17-year-old is tragic – it always is – but whether it was murder.

I came to my conclusion about the issue in a way that I think is lacking in many opinions I’ve been hearing: I watched the trial.  Not all of it, (being employed and all), but I happened to catch several witnesses describing what they saw on the day Trayvon was killed.  And what they described was George Zimmerman being beat up, his head pounded into the pavement, screaming for help.  I saw video of him walking the police officers through the crime scene the next day, showing them where Trayvon first hit him and the patch of sidewalk where Trayvon was pounding George’s head.  I saw the images of George Zimmerman’s beaten face and heard testimony about his broken nose.

And I believed him.

In a nation still so tender about a centuries-old history with racism and inequality for African Americans, it’s not unreasonable for people to want to examine the racial implications of every situation as serious as this one.  But just because people involved in an issue happen to be of two different races, it’s not necessarily true that race is an issue.  George Zimmerman was hardly the LAPD beating Rodney King senseless.  He was a hapless neighborhood watch guy who (liberal opinion alert) maybe wouldn’t be in this predicament if he hadn’t had access to a gun.

Here’s what George Zimmerman says happened:  he spotted Trayvon Martin and called 911 about it, as he had been trained to do.  He told them he was following the guy and, when the operator told him to stop, he did.  Because Trayvon had noticed him (presumably), he doubled back to confront George Zimmerman.  Clearly in better shape, Trayvon got the best of Zimmerman, hitting his head into the pavement repeatedly.  It was then that Zimmerman thought he saw Trayvon going for the gun and reached for it himself, in fear for his safety.  If the gun hadn’t been there at all, George might still be on the neighborhood watch, maybe a bit warier after his beating, but certainly not one of the most hated purported “racists” in America.  And Trayvon would still be hanging out with his friends, free to be 17, then 18, then a man, then maybe a father and… who knows what else.  It is a tragedy that the world will never know.

I understand the drive for justice in so senseless a death.  And it pains me to feel the way I do, with no desire to attend a rally or call for civil rights charges.  All I want is for George Zimmerman to be left alone to contemplate the fact that his actions led to the death of a young man, but safe in the knowledge that he is not a murderer.  In my crowd, that’s a pretty lonely opinion to have. 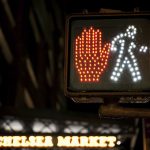 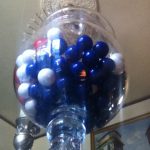 Do gumballs make me American? And other important questionsWhat's New