On behalf of Latinos, let me send this message to Anthony Weiner:  step off our names.  Of all the undignified handles this pathetic little man could have come up with, why one with the name ‘Carlos’ in it?  My parents’ best friend’s name is Carlos.  And you, Anthony Weiner, are no Carlos Danger.

Yesterday, the Internet erupted with the hilarity of the new revelations that the New York mayoral front runner, the congressman formerly disgraced for sexting, had been, well… sexting some more.  Last year, even, in the same month he was posing for a People magazine cover in which he spun his redemption narrative about how he was a changed man.  Except, of course, he wasn’t.  He was sending suggestive texts to a woman 26 years his junior.  Which actually begs the question..  just how old is Carlos Danger?  Old enough to know better, people.  Old enough to know better.

I have long been bored by politicians’ sex scandals.  I didn’t care that Clinton liked to get blown in the Oval Office.  I don’t even care that much about Spitzer’s thing.  (An aside: let’s legalize prostitution already.  Clearly criminalizing it has not acted as a deterrent for the last several thousand years.  As long as women are women and men keep liking what women have, there will be those who will transact for access.  Let’s move get the women into a regulated profession with easy access to health care and protection).

Anyway, so, yes, some men make stupid choices around sex.  And those with the egos and the need for attention big enough to go into politics probably are more likely to make bad choices.  They are womanizing and arrogant enough to think they’re going to get away with it.  What’s a little scary about Weiner is that he went through months of hell when he got caught last time (I mean, did you see the New York Post covers?), but went right back to doing the very thing that caused his life to implode.  That inability to course-correct would seem to indicate some serious gaps in judgement.

But, at its core, the Weiner thing is just funny.  (Not funny for his wife, of course.  Just as soon as I figure out why smart, accomplished women stay with losers like this, I’ll write a piece about it).  But funny in the way that appeals to our “let’s go to the Coliseum and watch the lions eat some dudes” instincts.  The sheer variety of ways in which human beings can hurt themselves and others somehow makes us giggle.

To celebrate Danger-gate, Slate put up a “Carlos Danger Name Generator,” so that you too  an create your own outrageously ridiculous internet sex troll name.  Mine?  Antonia Catastrophe.  A name like that almost makes a girl want to do naughty things.  Click here to create your very own Carlos Danger-esque nom de internet. 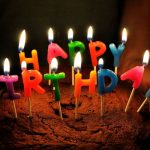