Gearing up my little guy for a trip abroad with dad, we happened to walk past the deodorant aisle in a big retailer. “You need deodorant,” I said.  Vvvzzzp… I detoured the cart.

At 12, he hasn’t quite decided this is true. But, resigned and knowing better than to argue with me when I’m on a mission, he reluctantly came over to the wall full of options.

I squinted and leaned in. “How do you pick?” I asked. I’ve been using the same brand since I was 12. And I’ve never bought man deodorant. Although my ex-husband was obsessed with me being his supplier of certain things (like underwear), he was self-reliant in the deodorant department. He brought crates full of it home from the big box store.  So that’s one thing for which I was never responsible.

Until my son hit puberty and I, woefully unprepared, because his deodorant supplier.

I started to read him the names. Each one was more ridiculous than the last, as if deodorant companies hope to convince men that they can get more women and lift more weight by dabbing their armpits with things named “Swagger” and “Adventure.”

“Here, let’s smell them,” I said. I held one up to his nose. It was named after a rugged, manly mountain.  Where it snows a lot.

He scrunched up his nose and pulled away. “Disgusting,” he said.

I sniffed. And agreed.

“Gross.” Getting into the game, he picked another up and said, “Look, this one says it smells like fresh air, guitar solos and triumph.”

“What does that mean?” I wondered out loud. I inhaled. Apparently guitar solos and triumph smell a lot like swagger. And mint.

Finally, I found the one whose name took the prize.  Wolfthorn. I swear that’s a real name because I just don’t have a good enough sense of the ridiculous to make something like that up. I imagined a bunch of twenty something branding guys throwing a nerf Velcro ball at boards pinned with random manly words, first hitting “wolf,” then “thorn.” And not a one of them making the connection that a wolf with a thorn in him would just make a limping, whimpering mess. Probably one that doesn’t smell great.

At least the scent seemed to match the tone. It was straight-up eau de unhappiness, like a day spent wandering a swampy woods without supplies.

Finally, we found one called “Fresh” that we could both live with. It was still silly, stereotypical nonsense (It was called “Sweat Defense” instead of “deodorant,” as if tiny odor-annihilating rockets were poised to emerge from it once you opened it), but the scent wasn’t half bad. I put it in the cart and we moved on to the aisle with an equally mind-boggling assortment of toothbrushes.

There are a thousand ways we’re pushed to the right “girl” things and “boy” things from the minute we’re first wrapped in a pink blanket or a blue one. Here I am about to send my sweet, gentle, peace-loving little boy into a manhood that expects him to like words like “defense” and “swagger.” I want him to fit in, so I’ll allow it, reluctantly. But I’ll also poke some fun at it. Hopefully he’ll continue to get the joke. 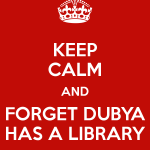 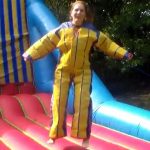 How to avoid editing your novel… with the help of a Velcro wallFeatured, Videos, What's New