On Wednesday, near the end of the workday, I stood up from my desk to go get a cup of tea, took a step and fell down like a sack of potatoes. It took me a few seconds to realize my ankle had twisted and gone out from under me, a fact I discovered when I started to feel the shooting pains and couldn’t put any weight on it to get up.

Co-workers ran to help. One brought two ice packs, another helped me up. Feeling foolish, I elevated my foot on my rolling filing cabinet and wrapped the ice packs on my ankle with my scarf. Who trips over their own feet? It hurt like a mother. It happened near the end of the day so I hobbled to the Port Authority and then to my house. By the time I got home it looked like my ankle had swallowed a golf ball.

Luckily my thirteen-year-old, a recent veteran of a far more glamorous, soccer-related ankle injury was on the scene. She wrapped it and fussed over me like a cranky mother hen, scolding me about how to go up the stairs. Man, does that kid love being in charge. Like no one else I know (ahem).

Hereditary ankle weakness? Or something else? Always curious about every angle of things, I Googled, “metaphysical meaning of ankle injury.” (This after, “nutritional support for ankle injury” and “herbs for ankle injury,” lest you believe I’m just totally insane). The woo-woo crowd is pretty united on what a sprained ankle means: feeling a lack of support and being inflexible. What’s funny about that is that a half hour before I’d had kind of an upsetting conversation at work that was about exactly those two things. And, then, poof, I went down like a shaky pile of bricks.

Is my ankle trying to tell me something? Or am I just a klutz? Who knows. The good news is that it happened the night before what was, for me, a four-day weekend, since my kids were off from school for a teacher’s conference and I’d taken the time off to be with them. My daughter and I organized our make-up cases, I gifted her some of my old lipsticks and, later, my son and I watched a bunch of Mike Tyson KOs on YouTube. And the swelling is much better today. It’s still achy but all is well. With action adventure off the agenda, I have zero excuse not to curl up and write, which is what I’ve been doing. Heaven. 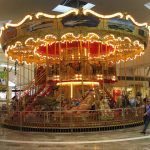