I was on a bus from Johannesburg to Cape Town, South Africa a few years ago.  It was its own brand of hell, stuck in a cramped seat for 19 hours with a colorful cast of characters.  (And if you follow me on Facebook, you know just how much I love buses).

The bus took off from a bus terminal filled with mayhem (for example, a guy had dropped to the floor and had a seizure in a bookstore.  Fellow passengers gingerly stepped around him while no one seemed to summon help).  We’d been warned about Johannesburg and were relieved to be getting out of it although our few days there had involved magical moments and close counters with lions.

Although I was happy to be in transit to the more laid-back Cape Town, no one prepared me for the planet-spinning sight I encountered somewhere around 2:00 a.m. I looked out to where I imagined the horizon would be and saw… blackness.  No lights on the highway, no structures of any kind as far as the eye could see in every direction.  Instead there was this vast dark glass pocked with millions of cold points of light… more stars than I had ever seen before in a configuration that my non-constellation-aware brain knew was vaguely off.  I want to say it was beautiful, and it was, but it was also vaguely unsettling and a little nauseating.  It was like I was seeing darkness for the first time.

I thought of this when I picked up the book, The End of Night, at Barnes and Noble the other night.  Its premise is, simply, that modern humans just don’t get the darkness we evolved to need.  In it, the author estimates that by 2025, there will be no area east of the Mississippi River that will not be affected by light pollution.  It will be completely impossible to experience true outdoor darkness on the entire Eastern Seaboard of the United States.  And it’s not just here – throughout the world, light is encroaching on darkness as we keep more and more of the monsters at bay with our worldwide nightlights.

So what’s the big deal?  Well, besides the magic and wonder of which we’re being robbed, there are other implications as well.  Would Van Gogh have painted Starry Night in a 21st century New York City suburb?  I can tell you the answer: no.  But studies are increasingly linking the artificiality of our circadian rhythms to a host of health issues, including sleep disturbances and possibly even cancer.  It’s not just a quaint old memory, this exposure to natural darkness, but a vital part of being alive in this world.  And fully three quarters of us experience it absolutely never.

I think now of the few times I’ve had a brush with how things must have once been.  During the Hurricane Sandy blackout (which, believe me, I in no way romanticize), I had enough days to realize how extremely different it must have been to live by the light of the sun.  By 7:00 p.m. I was out of ideas and motivation.  Even with candles, what was there to do but sleep?  I wasn’t crazy about it, but I woke up feeling more refreshed than I had in years.  It felt so right, somehow, that i vowed to have a blackout day once a week to experience that absolute stillness of nothing electronic buzzing anywhere in the house.  (I promptly abandoned the plan when the lights came back on).

And there are the handful of other times when I’ve touched darkness – in the small village in Cyprus where my in-laws have their little house, two blocks away from a 4,000-year-old excavation of a village that sat on the very same hillside that theirs does.  The stars there also had that nauseatingly close, extremely powerful stare.  And, when I was  little girl in Argentina, on the foothills of the Andes Mountains, I felt the Earth spin there, somehow smaller and weaker than this sky full of light.  When I look outside from the front stoop of my home in Northern New Jersey (a blessed little patch of dirt I simply adore), I feel blessed when I can clearly see the moon.

It is sad that I can count my encounters with the stars on the fingers of one hand.  It’s possible my children will have even fewer.  No one will launch a campaign to get us all back to darkness because when we get something “better” we don’t stop to think about what we’ve lost: solitude, stillness and darkness.  Some of the rarest things on Earth today.  And I, for one, think we are the poorer for it. 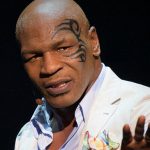 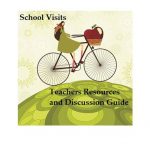 Read The Secret Side of Empty with studentsWhat's New