If you’d have asked me twenty years ago if I’d write a quasi-favorable review of Mike Tyson saying anything, ever, the answer would have been no.  I knew the narrative everyone agreed on in the nineties:  Mike Tyson, dangerous, thuggish rapist.  Bizarre, ear-biting, face-tattooed freak.  End of story.  Except it’s never that easy, as Mike Tyson – the Undisputed Truth helped remind me.

I was actually a fan of Tyson’s in the eighties.  I grew up watching a lot of boxing.  I have memories of watching Ali’s later fights while my dad screamed at the screen.  I found it terrifying when I was a little girl, but as I got older I began to understand the rules and respect the pure physicality of the sport, two men facing each other with just their own power.  Then, somewhere in my mid-teens, Mike Tyson came along.  Soon, he was a legend, knocking out opponents in the first round.  You both wanted to watch but knew that the evening would be anti-climactic with the way Tyson would dominate it.

He had a meteoric rise and then almost as spectacular a fall – rape charges, jail, and a total loss of his mojo, ending in that career-annihilating bout with Evander Holyfield which turned him into a laughingstock.

Lately, my son has been asking a lot of questions about Mike Tyson due to a video game “Mike Tyson’s Knockout.”  I played him a few bouts on YouTube, told him what I remembered.  So, with that fresh in my mind, when I saw Undisputed come on HBO, I figured I’d give it a few minutes’ attention.

I won’t say I was riveted – that’s not exactly the right word.  It was more like running into an old acquaintance on the street and finding that maybe you had never known everything you thought you did about him.  He was witty, honest, smart… words I never thought I’d use about him.  Sure, he cursed a lot, and sure, he admitted to some ugly things.  But as the tale unfolds, you get the sense that it’s being told by an older and wiser man – Mike Tyson is now 47 years old. (!)

My favorite part is when he talks about the tribal tattoo he got on his face after his many troubles, during the time he was mostly a punchline.  He says simply, “I got it because I liked it.  If you don’t like it, don’t look at it.”  But he says it with wit and self-deprecation.  I remember thinking it was proof of his nuttiness when he got it.  Much was made about how he was unraveling and the tattoo was part of the proof.  But as he talked about it on the HBO special, I realized it is much more valuable to hear someone out than to judge him.

Is Mike Tyson – the Undisputed Truth for everyone?  Certainly not.  But if you were once a fan and then were dismayed by the weird turn his life seemed to take, you should catch it.  It’s like finding out that old acquaintance did all right after all. 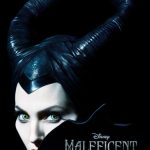 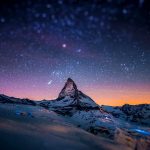 The death of darknessWhat's New