There are few things I find as repulsive as Black Friday, both in concept and in practice.  First, the idea that the peaceful, family-filled day after a celebration of thanks should involve causing retail workers to haul butt into work in the middle of the night is totally abhorrent to me.  And, secondly, the idea that the acquisition of goods is so important that it should involve gladiatorial sport… well, yeah, I have a problem with that.  I opted out of the festivities ever since I first heard the term, first as a quaint observation, then later as a thing that retailers paid attention to, and, lately, as an established anti-holiday of darkness and despair.  No Black Friday for me.

Today, I got an email from a major retailer (who shall remain infamous) touting its “pre-Black-Friday” sale.  A sale before the sale that’s supposed to get you an early jump on Christmas?  I will at some point write a post ranting about the ridiculous lengthening of the Christmas season, but let’s just keep to pre-Black Friday for a minute.  At this pace, is it unreasonable to think that there will one day come a time when the sales for Christmas will be  a year-long thing?  As terrified as I am of dying, I hope to never live to see that day.  I can already barely bear Christmas items out before Halloween.  I thought Black Friday was as empty as it got.  But now we’ve got pre-Black-Friday.

Which is why I was strangely tickled when I read that workers at Walmart and Target are threatening a Black Friday walkout.  Click here for the story. Major corporations have fed us this idea that acquiring stuff cheaply made by factory workers in deplorable conditions in places like Bangladesh and Guatemala while retail workers at home (who are paid so poorly many need public assistance to survive) miss time with their families so we can all have a run on television sets is somehow festive and not at all grotesque.  Well, it looks like these retail workers are going to make a statement to these holiday shoppers and the companies that feed this ugly craze:  no retail workers will be around.  Hopefully it will help remind us that for ever $10 you “save” (newsflash: you don’t really save), you do it on the backs of a minimum wage worker who has to leave her family on Thanksgiving (or in the middle of the night right after Thanksgiving) and brave massive and sometimes violent crowds so that you can get your thrill.

Support retail workers and their families by staying home on Black Friday. 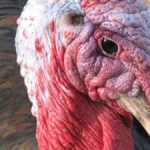 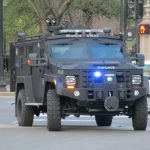 The militarization of policeWhat's New