The internets are aflutter with the video of the cop who shot at a minivan full of kids.  If you haven’t seen the video, click here to see excerpts.

What happened was this:  a cop pulled over a woman driving a minivan (those nefarious vehicles).  While they’re both stopped by the side of the road and the cop is nowhere near the minivan, she drives away.  He pulls her over again (she complies).  He tries to get her out of the car while her kids scream.  Her fourteen-year-old gets out of the passenger seat to assist his mother.  The cop threatens him with a taser.  He gets back in the car.  The woman gets out, then, when she feels threatened by the cop, runs back to her car.  By this point more cops are on the scene.  When she drives away again, one of the cop shoots at the minivan full of kids.

The debate is framed, for many, about whether the driver acted appropriately.  Certainly it is ill-advised to drive away during a routine traffic stop.  And, while not making excuses, I feel it’s important to point to the cultural context of being a black woman on a deserted road pulled over by white cops.  Our nation’s history is, unfortunately, rife with the mistreatment of minorities by law-enforcement officers.  Whether it was right for her to be afraid of these particular cops is a topic for debate, but whether it’s logical for a black female to fear and mistrust white law enforcement officers is not.  Perhaps they should have been trained to spot this and react accordingly.

But more important than whether the mother acted appropriately is the conversation about what our cops are being taught.  For years, the role of the police was to deescalate, to calm things down.  We’ve all seen the cliche scene, “Just put the gun down, you don’t want to do this.”  If a police force is truly being taught to “protect and serve,” that means not escalating a situation to the point where guns are drawn and kids are threatened with tasers.  From the video you can see that the cop shoots at the van as it drives away.  If you tried to do that at your house with an escaping burglar (or even an escaping murderer), you’d be tried and convicted on the basis that you were not defending yourself by shooting someone in the back as he fled.

The conversation has been front-of-mind for me since I watched Bill Maher interview Radley Balko, author of Rise of the Warrior Cop (on my to-read list) last Friday on his show.  Watch the full interview here:

The author is right on the money – we are militarizing our police and teaching them to shoot and figure out how to explain it away, rather than deescalating situations.  I’ve thought it for a long time, of course, but the issue really came to the forefront of my mind during the manhunt for the Boston bomber:  why does the Boston PD have tanks?  And that much gear?  I guess the way to circumvent the rule against a military presence on U.S. street is to call it “police,” although it remains that in name only.

The rise of militarization of police should be of concern to everyone who loves freedom, including cops who should not allow themselves to be used in this way.  Shooting at that minivan full of kids was inexcusable.  He not only put those kids are risk, but also his fellow officers.  By ratcheting up the violence to that level, he could have instigated a shoot-out should anyone in that car have been armed.  It was dangerous, it was unnecessary, and someone should have taught him better.  And for anyone who is about to comment that it’s a good that they got this mother off the streets because she had “drug paraphernalia” in the car, let’s clear this up and note that she had two marijuana pipes in the car.  Marijuana, which is about 15 minutes from being legal everywhere, which 58% of Americans support legalizing, and which makes you mellower than a good massage.

I genuinely believe that many cops go into the profession because they want to help people, including people who are doing bad things and need protection from themselves, like this mother.  Sure, it must feel bad-ass to shoot at a fleeing vehicle, Hollywood movie style.  But a little more education around compassion and looking at the big picture would go a long way. 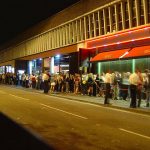 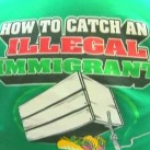