I am not a forgiver.  I am not one to let things go.  I am a chronicler of wrongs, a rememberer.  It is a habit I learned in childhood.  I can still tell you the name of a girl who thoughtlessly broke my crayon in the third grade, the teacher who laughed at something I wrote.  I can remember other, deeper wrongs too.  In fact, they’re why I learned to remember.

It was in recounting one such wrong to a friend – a long string of the same such wrong, repeated – that the topic of forgiveness came into my mind.  As I worked to get my thoughts into writing (it was an email exchange), I realized just how big the monument to my pain had gotten.  I had found it, identified it, justified it and turned it into an explanation for a lot of things.  These were necessary steps to healing.  But I realized that there was one more step I hadn’t yet taken: forgiveness.

I haven’t forgiven a lot of things in my life.  I have worn that proudly, my fierceness, my ability to remember.  When I was little and all I had was the power to remember, I clung to it like a talisman, the thing that would see me through.  I viewed forgiveness as a thing for weaker people, a capitulation, a retreat.  Wrongs must be righted, even if just by not letting the memory of them die.  If perpetrators are forgiven, it’s as if the wrong was never done, and all the wreckage was for nothing.

I have resisted all conversations of forgiveness.  I once read a quote – a quote I dismissed immediately – that revenge is like drinking poison and expecting the other person to die.  I haven’t sought revenge, per se, but retribution.  But it still had that same hint of hemlock going down.

I see now the thing I’ve heard so long: forgiveness is not for the forgiven but for the forgiver.  These wrongs have all built up, heavy and bulky, making each step a heavy slog.  I think of a thing that my editor wrote about the main character in my book: she never gives herself the opportunity to just be herself.  I have that in common with her.  How can I be, when there is always so much that I carry?  I see forgiveness finally not as a defeat, but as a putting down of burdens, a path to peace.

I will always be a crusader.  I will always look at wrongs and rail against them and seek to put them right when I can.  I will always be quick to anger, and that anger will always remind me of the things that have made me feel angry and powerless before.  Forgiveness will not magically alter me into the meek and loving being I once thought it might.  What forgiveness can do is free me.  And I deserve to be free. 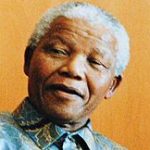