About 6 weeks ago, I finally crossed off a “bucket list” item and ordered an anthropological study of my DNA (I know – go wild, Maria.  What a bucket list).  Guess what?  Turns out I’m Mediterranean.  Shocker!

Anyway, this is how it works: I ordered the pricey kit from the National Geographic Genographic Study (it comes in a pretty box, so it’s okay that it costs $200).  627,402 people around the world have already been tested, and that number is growing every day.  By contributing DNA, I am helping the largest genographic project on earth, which I think is pretty cool.

Inside there are cheek swab thingies and some vials of liquid.  I attempted to memorialize this whole process by video-taping myself swabbing the inside of my cheek.  (You’ve got to swab for 45 whole seconds, which is a lot longer than it sounds).  However, my camera people (you know who you are, offspring) mutinied and said it was the most boring video in the history of videos and refused to participate in the creation of the record of me swabbing for posterity.  So you’ll just have to take my word for it.  I swabbed.  And swabbed some more.  I might have bled microscopically a bit because that little swab monster had teeth.  Then I dropped the whole thing in the vials of liquid per the very handy instructions and sent my cells off to some faceless NatGeo scientists.

And I waited.  And waited.  The instructions, no doubt meant to cool the jets of impatient people like me, said results might take up to 10 weeks.  I couldn’t imagine.  How long could a little DNA analysis possibly take?  I checked for results like… every other day.  Okay, okay, sometimes every day.  I had opted not to get email updates because I wanted my sample not to be tied to any personally identifiable information.  The NSA already has enough intel on me.  (And did you read The Immortal Life of Henrietta Lacks

?  If you haven’t, I recommend it.  Your genetic material is not safe.  Great read but scary stuff).

Anyhoo… NatGeo obliged my impatience by moving the needle forward on the status of my test every week or two.  “Samples received!”  “DNA isolated!”  A few days ago I checked and it said they’d finished the DNA analysis and were re-checking their work.  (Curse you, exactitude!).  On the off-chance that that double-checking thing didn’t take so long, I checked the website again today.  And, guess what!  Results available!

The way the science works is this: we have these little organelles in our cells called mitochondria.  Unlike much of our genetic make-up, which is a mixture of both the DNA of our mother and father, mitochondrial DNA is passed on unchanged from mother to daughter.  Every very long while (we’re talking hundreds or thousands of years), a mutation happens in mitochondrial DNA.  Tracking these changes and where they arise you can tell where human populations diverged.

Still with me?  So, okay, we all have a common African ancestor.  From there, a single branch left the African continent, subgroup N.  Then they headed up into the Eastern Mediterranean and Western Asia about 60,000 years ago.  Groups kept branching out, and, thanks to mutations, they can tell me that my branch was R, then RO, then HV.  By the time they get to 28,000 years ago and the “7 clan mothers of all European people,” they can determine that I’m from haplogroup H, which, the book The Seven Daughters of Eve: The Science That Reveals Our Genetic Ancestry

so romantically named the Clan of Helena.  (Other clans include Xenia, Ursula, Tara).  My mother’s ancient people kept moving west, hugging the southern coasts of Europe in almost exactly the route I would have drawn had I been asked to guess, until they ended up nestled in southeastern Spain.

Branches with the same mitochondrial DNA went in other directions too.  Turns out that a big chunk of my fellow H2A2A’ers wound up other places.  We make up 3% of the Irish population and 4% of Norway.  Which could explain my weakness for tall, blue-eyed men.

So, after all this waiting and a not-insignificant expense, what did I learn?  Better yet, what did I want to learn?  As my brother asked when I told him I was giddy with anticipation, did I want a better backstory than the one I’ve already got?  I don’t know.  I learned I’m 49% Mediterranean, 36% Northern European and, somewhere way back, 13% Southwest Asian.  Oh!  And 1.4% Neanderthal!  Which might explain why I sometimes fantasize about clubbing people who annoy me.  (Kidding!).  Turns out that the average European has about 2% Neanderthal DNA.  What I did learn is that I have a warm feeling for the thousand generations that braved ice ages and famines and migration in an unbroken line to make me and my children possible.

After I finished reading my results, NatGeo suggested I transfer my (totally anonymous) DNA results to their sister site, Family Tree DNA.  Just for giggles, I went over there to see what those cats could tell me.  Turns out that for just $19 dollars I can find out if I have the gene for “avoidance of errors” or “alcohol flush reaction” and a bunch of other genetic stuff they like to call “factoids.”  And (my favorite) they can test my already-sequenced DNA for whether I carry Monoamine Oxidase A, the “warrior gene,” which I’d like to fancy I do.  Also, I might just rope in my brother, possessor of a handy Y chromosome, to test the male lineage which my double-X DNA naturally excluded.

So it looks like this genetic testing thing might be kind of a slippery slope.  Stay tuned.

Interested in the history of your own DNA?  Check out the National Geographic Genographic Study page by clicking here.

The Immortal Life of Henrietta Lacks

The Seven Daughters of Eve: The Science That Reveals Our Genetic Ancestry 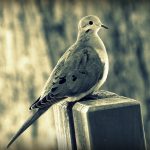 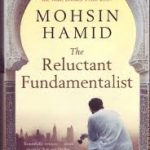