I was a reluctant viewer of The Reluctant Fundamentalist, because I like drama but I don’t like to be preached at, even when the preaching comes from people with my same positions.  I don’t know why I thought this would be that kind of movie, and, boy, was I wrong.  It was a gem, savvy and well-put-together.

Based on the novel by Mohsin Hamid by the same name, The Reluctant Fundamentalist is the story of a Pakistani man who comes to Princeton to study, then gets a plum job as a financial analyst right before the 9/11 attacks.  Pre-9/11, he is subjected to the usual ignorance people sometimes exhibit about those of us that were born somewhere else.  But after the attacks, the targeting and the bigotry escalate disturbingly.  And, yet, the story unfolds easily, like one you might tell a friend.  No one person is the big, bad enemy here.  The protagonist, one of the best-developed main characters I’ve seen in a long time, simply evolves and reacts to the new pressures in a newly-paranoid country he both loves and at times despises for its ignorance and xenophobia.

When we first meet the protagonist, he is a professor in Pakistan, suspected of terrorist ties.  He tells the story of his time in the U.S. in retrospect.  So from the start we know his New York adventure ended badly.  And yet we root for him, with his earnest and hungry ways, with the privileged Connecticut woman he romances, with his sharp mind that helps him rise quickly in the heady world of New York finance.  We know he can succeed.  We want him to!  There is one scene, in particular, that makes you want to pump your fist in the air in triumph for him, when he alone figures out the true valuation of a fictitious company based on common sense while the other children of white and upper-class privilege in the room sputter.  The film is filled with such moments, when you understand him and empathize with him.  It is expert film-making, leading you down a path you don’t want to take, but leading you so gently you have nowhere else to go.

This film spoke to me in particular because only children from other places can understand what it’s like to be a foreigner in this land.  My “foreigner” experience has been, mercifully, much milder than the character’s, since my foreign-ness isn’t written on my face.  But I was standing right beside him during his mistaken arrest, during the strip-search after being profiled at the airport.  I felt his rage simmer in my own veins.  It speaks to the talent of the team that put this movie together that they could help a viewer step so completely into their character’s experience and make it universal, tapping into the common human desire for dignity.

I was surprised by one thing, and that was the understated quality of the ending.  Had they taken the film to its logical conclusion, they would have still held on to me as a viewer.  But they didn’t.  They went another way.  It made this a movie that was a pleasure to watch until its very last frame.  Now I want to read the book! 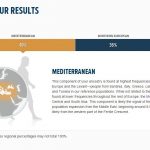