Yesterday we got the most angelic, beautiful snowfall, perfect puffs of white floating in mid-air outside my window.  I worked from my living room and enjoyed them, a warm cup of tea nearby.  After school, my twelve-year-old son wanted to play outside.

Twelve is an awkward age for a boy.  My son, more than most, probably, is still very much a little boy.  I found him all his snow gear, then sat outside at his behest to watch him slide down our sloping front lawn and our hilly, dead-end street.  Last year’s snowboots were too small for him.  But still he ran up and slid down the hill again and again, head first, on his back, over a launching pad he built, laughing and asking me whether I’d seen his latest stunt.

It gave me such a twinge.  Because… he’s twelve.  And a half.  Because he acts like the same little boy that’s sled down that hill for a decade, but he doesn’t look like that little boy anymore.  He has a mustache and he’s gangly on the sled, his voice deep when he calls for me to watch.  His childhood has left him but he just hasn’t realized it yet.  It struck me, sitting there, that this might be the last winter that he wants to sled on our hill and it very well might be the last winter he cares whether I watch in quite this way.  Being the mother of a boy is much more about separation than being the mother of a girl.  Girls linger and grow up into you, sharing make-up and gossip.  Boys go off and become inscrutable men.  Already he sits in his room a lot and answers, “I don’t know” to “How do you feel?” and to “What do you think?”  He is already off on his way, but sliding on our hill he doesn’t even know it.

Later at night, he and his sister went off for a night with dad.  I pulled up the manuscript for my second book, consulted the outline, and tried to make myself write.  I write in order, letting the story unspool itself chronologically according to the outline.  But last night it didn’t want to happen that way.  Another chapter, a hard one that’s about 10 chapters away, was the one that wanted to be written.  It nagged at me and wouldn’t let me write what was next.  So I opened up a second document to see what this out-of-sequence chapter wanted to say.  It all came out quickly.  It felt like writing at its best, not necessarily because the writing was so good, but because it was so effortless.  A little like taking dictation, really.

I feel a lot of things when I write, but not like last night.  Last night I was bereft.  I cried deeply as it all left my fingertips and got on the page.  I mourned in a way I rarely do when I write.  It wasn’t until after I’d saved the document, made a cup of tea and gone upstairs to bed that I even put it together: the chapter I’d just written, the one that wouldn’t leave me alone, was about saying goodbye to a little boy, a character in the book.  Writing it had been painful, but necessary.

Of course I know that I am being dramatic.  I know that my son will never leave me, not really, and that he will always be my son and always love his mother.  He is affectionate and wonderful and I know that may evolve but not go away.  But there is something magical about being needed by little children, and it is different than being needed by big ones.  My big children need me too, and offer me things that they couldn’t as little children.  That is wonderful.  All in all, this is probably my favorite of their life stages so far.  But it is also a stage of transition, a stage that more closely resembles the one in which they grow up and start their own lives.  My goal fulfilled, my mission accomplished.  But every mission done means a certain little sigh of goodbye.  That’s what I felt yesterday.  It was decidedly bittersweet. 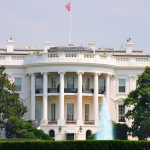