I have never been a Christmas card-sender. But I’ve gotten so many lovely cards and “year in review” letters throughout the years and this year in particular that I figured I’d do my version of it, here where I pour so many of my thoughts.

2013 began in the best possible way for me: I sold my first novel to Running Press/Perseus, the culmination of a dream I first wrote down in my diary at twelve years old. It led to a thousand little moments of happiness throughout the year, from cover reveals to first review copies… just magic. It also spurred on more writing, particularly here, which has been so satisfying in that it’s helped me to connect with so many wonderful readers. Thank you.

January also saw another milestone: I officially became the mother of a teenager as Andreanna turned thirteen. It led to the culmination of a dream she’d been talking about since she was twelve: she got a Facebook account. In retrospect, I shouldn’t have opposed it that much because she was over it by April. Now, she won’t even go on it, because Facebook is where the oldsters like Mom hang out.  In other Andreanna news, she and I went to her first concert together: a cute mother/daughter selfie at the concert is below.  Together we have enough hair to make several wigs.

Zach turned twelve this year and worked his way through middle school with his inimitable charm and laissez faire attitude about homework, focusing instead on being master of all things Wii and Minecraft. We continue to explore options for careers in video games. And ways to get him to shave his mustache, which was a new addition in 2013.

2013 was a great year for vacations for us. We took a wonderful cruise to the Caribbean, enjoying walks in Puerto Rico, sea lion time at the Dominican Republic, amazing snorkeling in St. Thomas and gorgeous beaches on St. Maarten. A big highlight of the year was our time on Cape Cod for my dear friends’ Wythe and Rebecca’s classy and beautiful wedding… which I officiated! We spent a week together with friends and family and came away knowing our own family had just grown by several members.

On the home front, the two big news items were that the overabundance of iris that I planted Fall, 2012 bloomed… abundantly!… in spring, 2013.  They were absolutely stunning.  And I re-did the kids’ bedrooms (and my own!) as a surprise when they went away to Cyprus with dad… we all now sleep in style.  And, proud mommy brag: they are doing a great job of keeping their new “teen hang-out”-style rooms neat.

2013 was a year of love and blessings. With the publication of The Secret Side of Empty slated for March, 2014, (and my second novel halfway written) I am very excited about the coming year. Andreanna will be starting high school next fall and Zach will be entering his final “rule-the-school” year of middle school: 8th grade. We hope to have some fun vacations in 2014 as well, with a standing offer to spend time at a friend’s lake house, trying to squeeze either Hawaii or Paris into the budget (tips welcome!) and talk of a big group of us going back to Cape Cod for the one-year anniversary… so I hope we are in for lots of great times in 2014. All pets and family have been healthy in 2013, so I’m taking a moment to offer a prayer to have that continue in 2014.

Here’s hoping 2014 will be a wonderful year for you and yours as well.

Happy holidays all.  Here it is, the year in pictures: 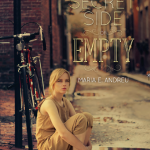 Check me out on the YALSA website!What's New 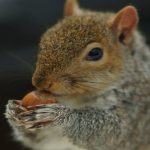