By Maria E. Andreu
Posted January 2, 2014
In TSSoE
Meet the Characters in The Secret Side of Empty – Chelsea2014-01-022018-02-10https://mariaeandreu.com/wp-content/uploads/2018/02/logo-4-white-letters-with-transparent-background-wider.pngMaria E. Andreuhttps://mariaeandreu.com/wp-content/uploads/2018/02/logo-4-white-letters-with-transparent-background-wider.png200px200px

Chelsea is golden-haired, rich, drives a BMW and attracts guys without trying.  Also, she’s a great best friend to M.T., the main character.

Chelsea first caught M.T.’s attention in kindergarten, when one small gesture helped her see that Chelsea was the kind of friend you want to keep around for life.  And she hasn’t disappointed – positive, fun, sporty and true, Chelsea never pushes M.T. to tell more about herself than she’s comfortable telling and never acknowledges that she has so much more than M.T. and her family.  As far as Chelsea is concerned, whatever is hers is just naturally also for her best friend to enjoy.

That’s worked well – so far.  But as senior year gets underway, Chelsea wants to know what M.T. has planned for her future… and what that means for their friendship.  As M.T. continues to hide her secret and the end of high school approaches, the friendship between Chelsea and M.T. is strained to its breaking point.

And what M.T. doesn’t know is that Chelsea is hiding secrets of her own.

If you’re just all falling apart over a guy, I’m going to have to stage a serious intervention.

This website uses cookies to improve your experience while you navigate through the website. Out of these cookies, the cookies that are categorized as necessary are stored on your browser as they are essential for the working of basic functionalities of the website. We also use third-party cookies that help us analyze and understand how you use this website. These cookies will be stored in your browser only with your consent. You also have the option to opt-out of these cookies. But opting out of some of these cookies may have an effect on your browsing experience.
Necessary Always Enabled
Necessary cookies are absolutely essential for the website to function properly. This category only includes cookies that ensures basic functionalities and security features of the website. These cookies do not store any personal information.
Non-necessary
Any cookies that may not be particularly necessary for the website to function and is used specifically to collect user personal data via analytics, ads, other embedded contents are termed as non-necessary cookies. It is mandatory to procure user consent prior to running these cookies on your website.
SAVE & ACCEPT
Meet the Characters in The Secret Side of Empty – M.T.TSSoE 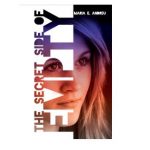 Quotes from The Secret Side of EmptyTSSoE