A while back, my daughter wanted to eat something in one of those rare cans that didn’t have a pop-top. She came into the living room, can in left hand, can opener sideways on the top of the can, as if she was trying to cut the sides of the top off. “This thing is broken,” she said. It was then I realized my bright, amazing child had never had occasion to learn how to use a manual can opener because she’s only ever opened a pop-top can.

That’s when I got the idea to quiz my son and daughter about what else I take for granted as common knowledge which they, in fact, don’t know. Here are other things my kids have never seen or heard:

A cassette tape. I’ve still got some around somewhere, but it’s been years since I’ve had something to play them on. I think I may have one in the car (not sure?) but then I’d have to locate said cassettes. Hence, they don’t know how a pencil helps you re-spool a cassette. Or really what a cassette is at all.

A rotary phone. When we saw one in an “old” movie not too long ago, my son said, “I don’t get it. Where are the buttons on that thing?”

A Walkman. When I told my daughter that there was once a time I didn’t have a little handheld device where I could listen to any song I wanted to but instead had a big, clunky thing that played tapes (see above) which held maybe 20 songs tops, it was as if I told her I grew up foraging for my own food.  Remember how cool it felt to carry around your own music for the first time?  How new and modern that felt, even though the tapes sometimes fell out and the thing weighed so much on your pants that it pulled them down?  Yeah?  Well, you’re a dinosaur just like I am.

A Google-less world. When I mentioned to my daughter that there was once a time where you could hear a part of a song and if you didn’t catch the title where the radio DJ said it it could be that you’d never hear the song again because, no, you couldn’t just Google a line from the lyrics, I thought she might cry for me for the deprivation of my youth.

A cell-phone-less world. Remember a time when if you agreed to meet someone and you got the time or place wrong (or they were running late) you were just out of luck and had to either wait or leave without knowing what had happened? “Sounds exhausting,” said my daughter. “Why didn’t you just text them?”

So, there you have it. As if birthdays didn’t make you feel old enough, try talking to some teenagers. 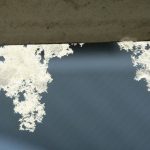 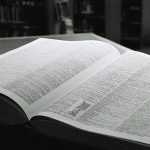 Best news of the dayWhat's New