Where I am, today it is 18 degrees.  Nothing more, nothing less.  Cold enough without any further explanation.  Or, god forbid, wind chill.

Anyone who knows me knows I have a low tolerance for nonsense.  I can’t take hype and I can’t take things that become “true” just because they’re said over and over again even though they’re, you know, not true.  This is why I am so annoyed by wind chill.  It’s just 18 degrees today and that’s plenty cold without any other nonsense attached to it.

I remember being a kid and hearing the temperature.  Adults would say things like, “Take some gloves, it’s 30 degrees outside.”  They never said, “It’s 30 degrees but it feels like 18.”  That’s because wind chill hadn’t been invented yet, at least not for the masses.

Here’s how we know “wind chill” is bullshit: if it is 35 degrees but the wind chill makes it “feel like” 20 degrees, will water freeze?  Ummm… no.  That’s because water doesn’t “feel like” it’s freezing.  It either freezes or it doesn’t.  And it only freezes when the actual temperature is below freezing.

Wind chill was devised by Antarctic explorers Siple and Passel in the 1940s to account for how wind makes cold feel, well, colder.  And it does.  Wind also makes the human body lose moisture faster, never a good thing when you’re out in freezing temperatures.  I am by no means advocating that you go out in the snow in a bikini.  All I’m saying is let’s deal in reality, people.  Wind chill also doesn’t take into account clothing, body heat, sunshine and exercise.  Siple and Passel used a plastic tube with water inside to draw their conclusions, not a great substitute for the human body.  Oh, and by the way, wind chill has never been scientifically verified as a real thing.

I know it sounds much more dramatic to say it’s 20 degrees but it “feels like” 0.  That’s how “wind chill” got popular.  It gained traction as a concept during “Ice Bowl” Championship Game between the Dallas Cowboys and the Green Bay Packers in Green Bay in 1967.  With a game-time temperature of -13F and a wind chill factor of -48F , it was the second coldest pro football game ever played.  (By the way, the original “wind chill” has since been recalculated, and according to the modern measurement that game would have been played in -36F.  Still cold, but… well, just goes to show you how subjective “wind chill” really is).  That would explain why, when I was a kid in the 1970s, wind chill was still not really a “thing.”  But now, when you listen to the news you barely hear the real temperature and everyone carries on about how it “feels” outside.

Why?  I guess it’s as old as humanity itself: we have a penchant for hyperbole and drama.

So what’s the harm?  None, I suppose, unless you want to deal in facts and not exaggeration.  What bothers me about “wind chill” and the new habit of naming winter storms (more to come on that) is that it’s just hype by weather channels that want weather to sound more ominous and interesting so that we’ll tune in more frequently.  And by desensitizing us to the severity and rarity of the real 18 degrees, perhaps they are making us a little less prepared for when the real 18 degrees hits.

So when we tell each other it’s 30 degrees but it feels like 18, we are perpetuating the culture of “oh my, isn’t the weather catastrophic.”  And the only people who benefit from that are the people over at the Weather Channel.

So, where I am it is currently 18 degrees.  But it feels like 70 because I’m watching it from a warm and toasty house.  And that’s glorious. 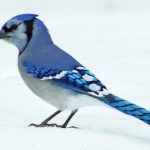 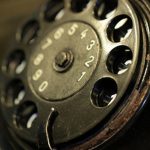