For most of the stories we trade, we know a beginning, a middle and an end.  Jackie Kennedy… remember her as a young widow?  And then marrying that Onassis guy?  And how she went at the end?  Or… Uncle Pete… isn’t it crazy how that wife of his left him when he got sick?  Stories are contained, have a moral and can be parceled out like small things we trade with one another to make the world make sense.

But real life isn’t like that.  We don’t know the ends of things.  We love someone without knowing he’s the one who will break our heart.  We start a job without realizing it’s the place that will go under.  One day there will be an end to every story we know, including our own, but we don’t know it.  And when the end comes it colors everything we knew about the tale.

I think about this today because two people died in my town.  I didn’t know them, but I had a relationship with them.  They were part of my world and they stood for something for me, some tiny thing that is now forever different.  They were like the thousand random thoughts that we form into narratives in our heads.  For fourteen years I’ve been driving by their house without knowing the end of their story.  Today I know the end.  I wish I could go back and never have told myself stories about them.  Then I wouldn’t have to know.

Theirs was a small house on a one-block street that I’d often use to cut through to avoid a main intersection in town on my way to major highways.  I couldn’t tell you about any other house on their block.  Like many houses in my town, including mine, they are nondescript little aluminum or clap-board sided dwellings of an indeterminate light color, with roofs sturdy against snow but otherwise unremarkable. Their house was white, and nothing that would show up on a t.v. home design show.  Still, I looked at it every time I drove by it.

The first time I saw it, a feral kitten was crouched in the road right in front of the house.  It just sat there, alone, and I stopped my car thinking the lovely little wild thing might need a home.  It’s a narrow street where you can only park on one side, so I had to stop in the middle of the roadway to avoid hitting the cat.  The kitten just sat  there, determined and gorgeous, and I got out of my car to inch closer.  There was no traffic on this little street, a forgotten roadway just off one main drag and parallel to another.

The kitten hissed at me when  I got near, then ran away to the porch of the house.  There I saw its mother and three other little faces staring back at me.  That’s when I noticed the house.  It wasn’t the house I noticed, exactly, but its air of freedom and otherworldliness.  The garden was small and wild, a patch of land where things were left to grow as they wished, an unruly cottage garden.

As years passed, I drove by the house again and again.  I always wondered who lived inside but never saw a human being there.  The garden grew, so I imagined someone must be planting and tending things.  I told myself stories about the people that might live in a house where everything looked so free.  I had visions of the wild woman I wanted to be and the cottage I wanted to have, a garden overgrown and lush, wild kittens looking out defiantly at the world.  The house looked like that of someone who didn’t care what people thought, a place where things were planted for joy and not aesthetics.  I loved that about it.

The cats in particular fascinated me.  In an area where letting cats procreate in the wild and live outdoors is moralistically frowned upon, this house always  had a new litter every few months.  They hung around the place, so someone was clearly feeding them.  But they were feral creatures and ran away at the sight of my car.   Eventually they grew up and moved away to parts unknown.

The house seemed to attract other magical things too.  Once, on my way to a road trip, a family of turkeys stood regally in the road and refused to allow me passage. When I slowed down to avoid hitting them, they started pecking at my tires.   My town is a couple of miles from Manhattan – this is not an everyday thing.  I told myself that it was the magical wild house attracting them, a place where they could find food, a place where freedom was honored.  I was so fascinated I took pictures of them.

Today I heard there was a house fire in the area.  On my way home from meeting a friend for coffee, I took the slight detour to make sure it wasn’t my wild house.  As soon as I saw the Sheriff’s Department Crime Scene truck parked on the corner, I began to pray it wasn’t them.  But it was.  As I inched behind the other rubberneckers, I wasn’t allowed to turn right onto the familiar street, so I was only able to see it from half a block away.  There were violent black marks on the white facade, an ugly record of where the flames shot up.  The house seemed slightly askew, as if things had buckled in it. Two people I’d never met, feeders of free kittens and wild flowers, had perished in the smoke.  It made me so very sad.

So now, in town, that will always be the house that burned down with two people in it.  I will probably  learn much more about them in death than  I ever knew in  life.  Eventually, it will be the place that gets bulldozed to the ground, its gardens trampled, the wild cats unfed.  Something I thought would last forever disappeared overnight, an ending to a story I hadn’t even realized I was watching.

Now that I know that ending, it’s hard not to let it color the whole rest of the story.  How I wish I could still think of it as the house where gardens and wildlife grow uninhibited.  How I wish they could have known the small  happinesses they gave me every time that I drove by.  And how I wish that ends like this one didn’t exist in our world. 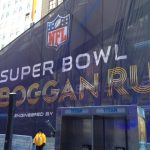 This is what a football toboggan looks likeWhat's New, Writing 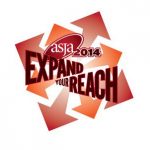