Although I still don’t know the connection between football and tobogganing, I can verify that there is indeed a football toboggan smack dab in my way as I try to make it to work.

The only thing that makes me feel better is the fact that  I get to use the word “toboggan” while I complain about it. The Spanish word for “slide” (like the ones on the playground) is tobogán.  So saying “toboggan” reminds me of my days at 80th Street Park and those metal behemoths which burned the crap out of the backs of my legs when I was four.  Ah, the good old 1970s, days of unregulated playground equipment.

Like the child-skull-cracking rusty giants of my childhood, the toboggan on Broadway is also probably not a good idea.  As I walked by it today, an over-eager worker thrust a ticket for it into my hand as I scowled at him and tried to get away.  It wasn’t even open yet, and people were already asking when they can get on.  It has all the makings of an epic New York foot traffic disaster.

The good news  is that today is the last day I have to endure it.  Since tomorrow is my daughter’s birthday, I  will be working from home and avoiding the circus for the rest of  the week.  And since my home is five miles from where the game will be played, I will venture no further than the center of my town until football toboggan fever is over.

If only I had listened to all the advice and rented my house out for the week for thousands of dollars!  I could have avoided football toboggan season by frolicking in the tropics. 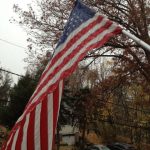 My state of disunion with the State of the UnionWriting 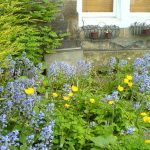 The ends of thingsWhat's New