I am a big fan of animated movies.  I think some of the best storytelling of the last 20 years has been done in animation.  I was reminded of this fact twice this past week, one when I saw Inside Out and the second time when my son played me this animated short, an early storyboard for Toy Story.  (Thank you, best son ever!).

If you’re one of the three people on Earth who has not seen Toy Story, I’ll remind you of the premise: in a world where toys come to life when their owners aren’t watching, one toy, a cowboy named Woody, feels his status as “favorite toy” threatened when a new toy comes into their world: a bombastic but still somehow lovable space ranger named Buzz.

If you ever want to deconstruct tight storytelling, watch Toy Story and outline each beat on a sheet, then go back later and look to see if there are any extraneous scenes.  You’ll be hard-pressed to find one.  Every scene in the movie pushes the action forward or offers some kind of wonderful story-telling delight.  (I’ve done this with several movies as an exercise in story construction, and I’ve only found The Devil Wears Prada to match the tightness of the story-telling in Toy Story).

Besides the story construction, another thing that makes Toy Story shine is how much we care about the characters.  They are expertly constructed, with foibles and goals, less-than-heroic moments, humor and wit and, of course, ultimately, with heroic redemption.  And that’s why the storyboarded short below is so helpful to the writer.  It’s an early version of an important scene, where Buzz falls out a window and into the clutches of a sadistic kid next door who mangles toys.  In the movie, the other toys in Andy’s room wrongly believe that Woody has caused the accident, and turn on him.  We see a little of the ugliness of Woody’s desire to be rid of Buzz, but we can still rally behind him because we understand that, ultimately, he doesn’t act on that desire.  In the storyboard, however, it’s Woody who pushes Buzz out the window, then unapologetically defends his actions, being pretty nasty to the other toys.

What I find so encouraging about this that no one, not even the pitch perfect Pixar, gets every detail right from the start.  This scene, had it been left this way, would have made Toy Story a far inferior movie than the one that eventually made it out in the world and that millions of people grew to love.  But they had to start somewhere, then revise.  So it always goes with storytelling – if it’s not perfect the first time, there’s always revision.

I recently heard Judy Blume say that she writes her books about 20 times before they’re done.  For someone who burdens herself with a need for perfection, it’s encouraging to remember that it’s okay to just get a draft down, then polish it.  I hope it’s helpful to you too.  Check out this Toy Story storyboard short and look for the differences and the similarities in the scene that finally made it into the movie. 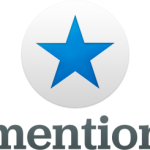