The blank page is like a new guy you’re dating.  Anything is possible with this guy.  Of course he’s going to love your mother and always let you pick the restaurant: he’s imaginary.  At the beginning of a relationship, you can tell yourself the other person is anything you want him to be, and you can excavate his utterances for proof of why you’re right.  It’s so full of promise at the start.  So too a new manuscript.  You have lofty goals for it.  It’s going to be Margaret Atwood with a hint of Eternal Sunshine of the Spotless Mind.  It’s going to be Shakespeare meets techno music.  It’s going to be magic.

But the draft you’ve already written that needs revision is like a marriage: work.  Sure, it’s deeper and you know each other better.  It’s all there, for better or for worse, solidly on the page. But you’re also weary of the negatives: chapter 3 flags, the ending is rushed, the best friend is two-dimensional.  There is no more illusion in revision.  You know where all the problems are. As a born romantic, I have a hard time with this.  I want to fall in love, not bicker about who takes out the garbage.

I was driven to this thought when I picked up (yet again) the editorial letter I got from my agency regarding Quinn’s book, a sort of prequel set in the same world as TSSoE.  When I first got the letter, there was too much in it I didn’t know how to address, so I put it aside and sent my agent a partial manuscript of something else instead.  Last week, she told me she liked it, but she wanted to see the rest of it.  But because I love drafting and I like revisions a whole lot less, I’m 20,000 words into a third book and I don’t have the end of book #2 written finished yet (not Quinn’s book, but the other one.  Yes, I know that’s confusing).  Basically, I have one book (Quinn’s) completely done, another at around half done and this new one, the one I’m currently madly in lust with, at about 25% done.  I also have a list of 11 other ideas posted on my bedroom wall, calling my name.

Maybe I’m just better at starting things than finishing them.

So, this past week, I bit the bullet: I pulled out the old notes on Quinn’s book.  I read them again: they seemed less hard to deal with this time.  But that doesn’t mean I like it any more.  I have to find my way back not to the blank page, but to the written one.  For me, the hardest part of all. 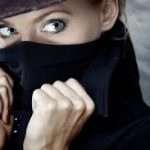 A double identityFor Writers, Writing
I am becoming a manWriting