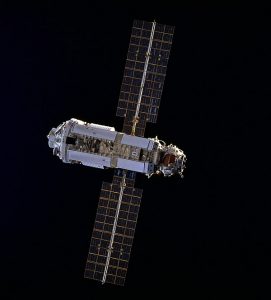 Naming children proved to be something of a challenge for me and my ex-husband. Even at the pinnacle of our relationship, compromise was hard. He wanted Greek and traditional. I wanted original and bold, the kind of name that would look good above a marquee, or that would be memorable on a campaign poster. Eventually, we managed to name them with a little give and take. He “won” on my daughter’s first name and my son’s middle name. I got to choose my daughter’s middle name and my son’s first.

True to form, I went for a middle name with some oomph for my daughter: Zarya. It tickled me no end that I got to give her this dramatic addition to her name. It sounded to me like the name of a fairy-tale princess in a snow-swept land, strong, alluring. I called her by her first and middle name as often as I could. When she got to be older, she seemed to take to  it as well.

People often asked me where I got the name Zarya, and I would tell them I made it up. It didn’t just fit my narrative, I actually believed this. I loved the “y” spelling, the dramatic “Z” beginning, and I liked to think my imagination bore such fascinating fruit. Every time my daughter asked, I told her this.

As she got older, I began to wonder if this could actually be the case. After all, nearly all names are derivative of something else. Had I read a book with a character of that name? Seen a movie? I’d Googled it throughout her childhood, to see if I could get a clue, but I never found anything.

Finally, about six months ago, I Googled it again, and came across a Wikipedia entry about the first module of the international space station to be launched: the Zarya. I’ve always been fascinated by space exploration, and I followed news of the international space station with interest. The kicker? The Zarya was launched in November of 1998. I got pregnant with my daughter in late April of 1999. What I thought was a totally original thought was some obviously some kind of grasp around my self-conscious for a name that I found phonetically pleasing, and the selection of a word I’d clearly read or heard recently. My invented name was really just a half-remembered news story.

Still, even if I’d remembered the association, Zarya would have been (and was) a great choice. The name Zarya means sunrise in Russian. They named the module this because they wanted it to signify the dawn of a new era of international cooperation in space. The module was built by Russians, but is owned by the United States.

My own Zarya meant the dawn of a new era for me, too. There is a clear demarcation line in my life: the time before she and her brother (who followed a year and a half later) lit up my life, and the time after. Space exploration fulfills humanity’s desire to wander, to know. To think of moving on to this final frontier, or endless series of new frontiers, is to think of hope and the spark that keeps us all alive. So, too, my daughter meant a whole new vision of the future for me, not just through her but beyond her, in the impact that she will make on the world and, possibly, in the children she will one day have. So I could have hardly chosen a better name if I’d tried.

There is a new dawn, a zarya, if you will, coming for us this week. We will pack her up and drive her to her very first day of college, a day that will find me both happy and sad. On the one hand, she’s going to an amazing school, where I’m sure she’ll thrive and have a great time. But the dawn that started on that hopeful April day nearly two decades ago is moving away, a concept I’m not sure I’ve fully wrapped my head around yet. Her brother will follow one year later. Their departures bring a little bitter with the sweet.

So it is time to build the new zarya of my life, to reach for a new frontier. As with the start of all new endeavors, I am a little apprehensive, a little excited, and I wonder what the journey may bring. But I do know this: wherever the dawn of my life goes, my love goes with her. And all the light she brought with her stays with me always.

This website uses cookies to improve your experience while you navigate through the website. Out of these cookies, the cookies that are categorized as necessary are stored on your browser as they are essential for the working of basic functionalities of the website. We also use third-party cookies that help us analyze and understand how you use this website. These cookies will be stored in your browser only with your consent. You also have the option to opt-out of these cookies. But opting out of some of these cookies may have an effect on your browsing experience.
Necessary Always Enabled
Necessary cookies are absolutely essential for the website to function properly. This category only includes cookies that ensures basic functionalities and security features of the website. These cookies do not store any personal information.
Non-necessary
Any cookies that may not be particularly necessary for the website to function and is used specifically to collect user personal data via analytics, ads, other embedded contents are termed as non-necessary cookies. It is mandatory to procure user consent prior to running these cookies on your website.
SAVE & ACCEPT
The perfect partyWriting 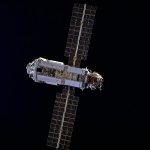