On Thursday, I went on a date.

It happened like this: the week before, something happened that made me sad about my romantic life. I broke up with someone last year, and while I’d dabbled in the dating apps later that year, it also was a crazy busy time for me, so I didn’t put a lot of energy into it. Then coronavirus happened. What to do? Obviously, the whole point of dating is to get close, but survival seemed to require staying away. So I deleted the apps from my phone and decided I’d get back to it after I had a vaccine in me.

Fast forward to this week. It’s now August, after a long and no-end-in-sight raging pandemic. I’ve been quarantining pretty strictly since March. I lost power after Tropical Storm Isaias, and, bored out of my mind (and ruminating about the aforementioned something), I re-downloaded one dating app. It doesn’t hurt to look, right? Because I’d been gone almost a year, it was like shooting fish in a barrel: everyone I swiped right on turned out to be a match. Fun! I exchanged messages and flirted. It was a distraction from roasting and praying to the electricity gods.

Except on the first day, I matched with someone I thought looked cute. We chatted on the app, and he asked for my phone number. We talked on the phone, and he asked me out for a date the next day. Now, suddenly, my hypothetical months-down-the-road decision was before me. How do you meet someone in person and socially distance?

My first step was to have a family meeting. I wouldn’t want my kids to make a decision as potentially momentous as meeting a stranger during a pandemic without talking to me, so I owed them the same courtesy. The conversation was actually one of those magical moments I never could have planned. At 2:00 a.m. during the blackout, I was too hot and cranky to sleep, so I went downstairs to see if I could find some relief. There, I found my daughter sprawled on the living room floor like a cat looking for the coolest spot. My son heard my footsteps on the creaky stairs, and came down too. We had a wonderful, long-ranging conversation that lasted until there was light in the sky. We shared our “moment when the lights come on” fantasies. We reminisced. We laughed. We chose the next childhood movie to re-watch (we’ve been working our way through all their old favorites this summer and enjoying them through the new lens of their adulthood).

In the midst of all this, I shared my date idea. They both freaked out a little. I’m the one who has been hermetically sealed in my house, going nowhere, ordering food in, enacting strict disinfection protocols. I think I just surprised them with the reminder that I’m a woman, and I’m still thinking about looking for love. My son, in particular, was most adamantly opposed. I told him that if he wasn’t comfortable with it, I’d cancel the date. Over a long and nuanced conversation (in which my daughter did most of the convincing), he finally gave his grudging assent. It was one of those beautiful moments I’ll remember forever. (I may have the world’s best kids. It’s official).

So off I went. I dug a summer dress out of my closet, changing out of my uniform of shorts and a T-shirt for the first time in forever. Without power, there was nothing to be done about my hair, but, luckily, I’d fixed it up for a video a few days before and it wasn’t so bad. I put on make-up and hoped I wasn’t over or under-doing it without my usual bathroom lights.

My date and I had agreed to meet at a local park. Although this man lives twenty minutes away, in one of those weird coincidences in life, he grew up in my small town. We had lots of things like that in common, having grown up in the same county south of here, then “moved on up” to this more suburban one. We knew some of the same people and all of the same places. I had laid out the ground rules on our phone call: six feet apart, masks (at least to start), no touching no matter how well the date went. I half expected he’d decide it wasn’t worth the trouble, but there he was. He looked just like his pictures, and we grooved even more in person than on the phone. We sat on either end of a long bench near the water, and laughed and talked for more than an hour. It was fun. It was also a pandemic date. In normal times, I might have brushed his forearm casually to signal that I found him attractive. Now, instead, I told him I was thinking about it but I wouldn’t do it. We managed the awkwardness. I liked him. He talked about books he read. A father of daughters, he had the softness of someone who knows when it’s best to let things go.

But so now what? I remain resolute that I’m not going to swap air molecules with anyone until the vaccine. How does that support a blossoming relationship? Unclear. It was just one date, after all. Except he did ask for a second one, and texted the next morning to tell me he’d had fun. As with all things unexpected during this crazy time, now it leaves me with a dilemma.

But of all the ones that 2020 has presented me with, I don’t mind this dilemma quite as much. 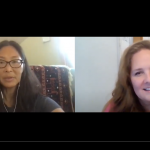 Come On In Anthology: Misa Sugiura InterviewCome On In, For Writers, What's New, Writing 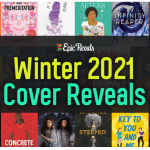