By Maria E. Andreu
Posted December 9, 2021
In Writing
Station Eleven, the apocalypse, and the life of stories2021-12-092021-12-09https://mariaeandreu.com/wp-content/uploads/2018/02/logo-4-white-letters-with-transparent-background-wider.pngMaria E. Andreuhttps://mariaeandreu.com/wp-content/uploads/2021/12/station-eleven.jpg200px200px

It has an unprepossessing cover and I’d never heard the author’s name before. I have no memory of what made me pick up Station Eleven in 2014. It’s lost in the mists of the countless visits to book shops, letting feeling guide me, books jumping off shelves and saying “Take me!”

No doubt at least part of it must have been the blurb, giving a glimpse into a kind of story I’ve read over and over since my teen years: post-apocalyptic. In Station Eleven, a deadly flu sweeps over the world, killing over 99% of the population. (We never do find out how many survivors there are, as statistician has ceased to be a viable job). Once I began reading it, the book overtook me with its beauty. Emily St. John Mandel, an author whose name I would very much remember after reading her gorgeous words, has called it “a love letter to our modern world,” and that’s precisely what it is: an exquisite examination of what we have to lose. The story jumps back and forth through time, introducing us to characters so complex and human I could imagine knowing them: an art-school graduate surprising herself with how much she likes a corporate job, an actor with a burning dream that slowly changes him. Later, in the plague years, members of a traveling troupe of performers and musicians who still perform because “survival is insufficient.” In the years since I first discovered it, I’ve read it maybe a dozen times. I’ve listened to the audio book and its beautiful narration. It’s always a master class in craft, finely detailed, patiently woven in a way I wonder if I have the talent to equal. It’s the kind of book I yearn for, the ones that make me think, “I didn’t know it could be this good.”

But one very important thing has changed in the years since I first read it. A pandemic has stopped feeling like an intellectual exercise. My fascination with what it looks like after a deadly illness sweeps over the globe has been sorely tested since Covid-19. Is it still okay to read these types of books? Is it disrespectful, somehow, to turn to them as entertainment, when the real thing is causing so much suffering?

Even before the pandemic, I wondered what it was about post-apocalyptic books and me. The answer came to me while reading a scene in The Postman (that great book turned into a mediocre movie starring Kevin Costner).  In it, the main antagonist, a scary warlord, reveals what he used to do before the fall of civilization, and it’s something mundane, like being a copier salesman (I seem to remember it as either that or an insurance salesman. It’s been decades since I read it). And there it was, my answer: post-apocalyptic books made me wonder who I’d be with the structures of society stripped away. Would I step up and be a warlord? A healer, a traveling performer? Or would it best me, weed me out? Again and again I revisited the existential questions: do I have what it takes to make it through anything? Are there things in society that need stripping away?

This pandemic we’re currently living through has framed the question in new ways. It hasn’t required the heroic survival of books and movies, not for me, anyway. It’s highlighted the dumb luck and chance that actually determines how we make it through. I happened to be lucky enough to have a job I can do from home while unsuspecting people all around me caught a virus we barely knew existed here in one of the early epicenters. I happened to make it through unscathed until the life-saving vaccines were developed. The disease’s wicked dance through our population somehow skirted me and mine, no warlording, no statement of artistic higher purposes, no heroism on my part. I got lucky. I was privileged. There was distinctly less personal growth than I imagined there would be in sitting at home hoping it would pass me by. I got lonely. I got angry. I got lonely some more. Staying healthy wasn’t an act, but a condition. As the months dragged on to more than a year, I began to ask the questions I’d seen in my post-apocalyptic books: is survival sufficient? Was every precaution warranted when it sucked away joys like family gatherings and time out in the world?

So my world has changed a lot since I first read the book. Then, last month, recommended on YouTube, there it was: the trailer for Station Eleven, long rumored to be in production as a show on HBO. I’d been looking forward to it, once. Now, weary of the realities of staring fear in the face, I hit play with some trepidation.

I’ll let you watch it on your own. My feelings about it are complicated. The scenes of health care workers in PPE were painfully close. Somewhere in my bones came the thought, “Too soon.” But it’s a story from the before times, too, from when I could still live with the illusion that things like that didn’t really happen, in that precious bubble that was my whole life in which I grew up, was young, got older, raised kids, wrote books, all in the suspended breath I thought a reality in which things like pandemics only happened in history books and in fiction. I know better now. I know it makes me a different person, although I’m still figuring out how.

It starts on December 16th. But will I be watching? I think I will. If only to be reminded that survival is insufficient, and we should always lean toward beauty, always be asking ourselves how our world changes us. For the trailer click here, or see below.

This website uses cookies to improve your experience while you navigate through the website. Out of these cookies, the cookies that are categorized as necessary are stored on your browser as they are essential for the working of basic functionalities of the website. We also use third-party cookies that help us analyze and understand how you use this website. These cookies will be stored in your browser only with your consent. You also have the option to opt-out of these cookies. But opting out of some of these cookies may have an effect on your browsing experience.
Necessary Always Enabled
Necessary cookies are absolutely essential for the website to function properly. This category only includes cookies that ensures basic functionalities and security features of the website. These cookies do not store any personal information.
Non-necessary
Any cookies that may not be particularly necessary for the website to function and is used specifically to collect user personal data via analytics, ads, other embedded contents are termed as non-necessary cookies. It is mandatory to procure user consent prior to running these cookies on your website.
SAVE & ACCEPT
Virtual Gift IdeasWriting 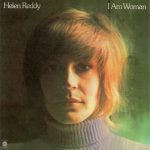