TikTok is known to be a popular modern platform for witty humor, life hacks, and original choreographed dances. But who knew it could prompt a wave of female empowerment? Recently, a “sound” that has been trending on TikTok is “I Am Woman” by Emmy Meli, which is inspired by the song “I Am Woman” by Helen Reddy.

Female TikTok users are using this song to express love and admiration for their bodies, despite their insecurities. It has given women the opportunity to show the world what they think it means to be a woman, a concept with evidently ever-changing and unique interpretations. Meli has also released another genderless version of this song to encourage everyone to indulge in the wholesome and uplifting body positivity the song has prompted. Currently, there are 76.9 thousand videos featuring Emmy Meli’s track.

The song “I Am Woman” by Helen Reddy was written in 1971, at the start of the feminist movement in the United States. At the age of 26 in 1966, Reddy and her daughter moved to New York from Australia in an effort to pursue her singing career. She was met with opposition at the start of her journey, but years later she wrote and produced three #1 songs and multiple hits in the Top 10 and the Top 40. When asked for Reddy’s inspiration for the song in a 2003 interview with the Sunday Magazine, she said “I couldn’t find any songs that said what I thought being woman was about”. She felt that “women have always been objectified in showbiz” and wanted to praise women for their strength in enduring “through the Depression and world wars and drunken, abusive husbands.”

While she became a feminist icon of “housewife rock” in the 70’s, her popularity did not travel into the 80’s and beyond. She tried to reenter the entertainment world and feminist platform but was abruptly faced with criticism and judgement. However, after Reddy’s death in September 2020, there was a spike in appreciation for her contribution to feminism. “I Am Woman” reached number 2 on the Australian digital sales chart and began peaking in popularity on TikTok a year later. The online community has now welcomed her with open arms as the song remains an enduring anthem for the women’s liberation movement that continues to see progress today.

To digress, I feel there must be a reason why Reddy’s music wasn’t as accepted in the 80’s. Perhaps it was no longer relatable for women. In the 70’s, women burned their bras and pornography (I’m now realizing how prevalent fire was in the women’s movement… that’s some unironic symbolism if you ask me). But in the 80’s, women were more sexualized; songs like Madonna’s “Material Girl” and Cyndi Lauper’s “Girls Just Want To Have Fun” defined this era. One can reasonably say that the women’s movement lost its momentum throughout the 80’s, so it stands to reason that Reddy’s empowering, yet obsolete, lyrics felt out of place.

Moreover, Reddy’s recent success may, again, signify a shift in women’s values. Skyrocketing in 2016, the #MeToo movement encouraged women to speak out about their experiences with sexual assault. After years of acknowledging their pain and liberating their repressed angst, it seems that Reddy’s recent popularity may suggest that women are healing from their trauma and are ready to celebrate womanhood. Women are now taking back control over their beautiful bodies rather than letting their abuse define them. Perhaps women are now gaining closure from their abuse, which is certainly not to be mistaken for surrender; we will continue in our fight for equality. If anything, Reddy’s recent popularity indicates that women are stronger than ever, with Meli’s modern take on “I Am Woman” proposing a promise of gender equality in the future.

Guest Writer Bio
My name is Sofia Principe and I am a senior at Leonia High School in Leonia, New Jersey.
I work with Ms. Andreu every Friday as part of my school externship. My interests include
reading, writing, and history, and I am also a competitive swimmer. It’s an honor to work
with Ms. Andreu and look forward to an amazing year! 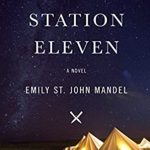 Station Eleven, the apocalypse, and the life of storiesWriting 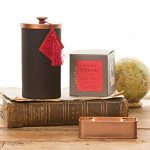