Yesterday, my New Jersey town (and surrounding areas) got blanketed by a gorgeous, sparkling snowfall.  I watched it happily all day from the comfort of my living room.  I cleared the steps a bit in the middle of the day, to no avail.  Within a few minutes it was all white again.  I decided to wait until it was finished snowing before tackling the rest of the walk and the driveway.

Around 5:00 p.m., my daughter started bugging me to take her to the gym.  She’d asked for one thing for her 14th birthday: a gym membership. I got it for her but nearly a week later we still hadn’t gone for her first visit.  I didn’t want to say no, but I wasn’t particularly motivated either.  “Fine,” I said, “but we’ll have to shovel first.”

We only have one snow shovel (since I have two strong kids in the house, I need to remedy this state of affairs stat), so I put her on car duty while I tackled the driveway.  I’ve always loved shoveling.  I once shoveled this same driveway when I was four months pregnant with my son, just so that my (male) house guest would sit with my one-year-old daughter and give me a break from mommy duty.  He was horrified.  But he was also from Greece and had no idea how to shovel snow, so he agreed despite the fact that it offended his manhood.  It was a light and fluffy snowfall and it left me feeling exhilarated.

I have always prided myself on doing my own shoveling.  When I was still married, I would get up before my husband and surprise him by clearing the driveway and his car before he got up at 5:00 a.m. to go to work.  I did it for brownie points with him (spoiler: it didn’t work), but also because there are few things I love better than the early morning during a snowfall.  There is something so supremely serene about it, so beautiful, the air positively sparkling with a quiet joy.  The work feels honest too – move the shovel, get rewarded with a small patch of cleared ground.  It calls up the simplicity of life in earlier times, when food and shelter were more directly connected to our own efforts.  I love it.

But, in the last couple of years, I’ve been struggling with shoveling.  During the last snowfall, I hired someone to do it for the first time.  Last night, trying to clear the way to take my daughter for her inaugural gym visit, I was surprised by how slowly it was going.  It occurred to me for the first time, “One day I’ll get too old to do this.”  It colored my whole evening, and I totally slacked at the gym from the malaise this thought caused.

This morning it was still bugging me.  I did what I always do when I want information to refute or support my thinking: I Googled.  (Then I did what I always do next: I began this post).  Turns out that “getting old” is, at least in part, in our heads.  And that telling ourselves that age is to blame for our physical shortcomings is more of a sign of dissatisfaction with our bodies, not a clear assessment of fact.  What’s more, it can turn into a self-fulfilling prophecy.  The more you tell yourself you’re getting too old to do something, the less you’ll do it, and the less in shape for it you’ll be.

So, yes, I am aging, but how much of it is actual aging and how much of it is me not sleeping enough and not doing nearly enough cardio?  As I sat in the locker room last night, exhausted, while my insanely energetic 14-year-old did “just another set” on the machines, I ran into a woman who was getting some stuff from her bag in between teaching two cardio classes back to back.  She was in the mood to chat, so in a short time I found out that she was older than I am (she had a 22-year-old).  But she was as fit as any twenty-year-old gym rat.  Her arms were beautifully toned and she was almost hyper.

“How do you make yourself like to exercise?’ I asked her.  (Always a dumb question to ask someone who likes to exercise.  It’s like someone asking me “How do you get yourself to like writing?”  I have never successfully uncovered the secrets of exercise motivation this way, although I’ve asked dozens of times).

“I had a car accident when I was twenty.  I broke my back and a bunch of other bones.  When I work out, it doesn’t hurt.  When I don’t, it does.”

And there was my answer.  I’ve never liked to exercise, mainly because I don’t see the point.  Running bores me silly.  Lifting things repeatedly at the gym feels like a major waste of time.   But maybe it’s time to understand that when I work out, I feel the pain of age less.  When I don’t, I feel it more.   I hope that’s finally the motivation I need.  I want to keep shoveling snow. 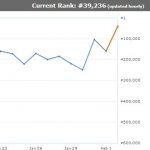 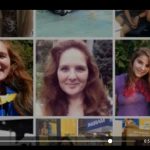