Greetings from New Jersey, land of snowflake kisses and thundersnow dreams.  What’s thundersnow, you may wonder? Glad you asked.  Because it’s been going on for an hour here, long enough for me to have done my Googling.  Yes, I really am that much of a shut-in.

Most of us associate thunderstorms with those luscious summer rains and, rightfully so, since they require convection.  Convection, or rising air, occurs when air is warm.  Therefore, it is far less likely to happen in a winter storm.  But guess what, peeps!  Just because it’s rare doesn’t meant that it’s impossible.  And here it is.

When I saw the first bright flash, I thought,  “Awesome, there goes the  power.”   It was exactly that kind  of flash that ate my substation or whatever it is that killed the power here for nine days after Hurricane Sandy.    But as I cringed and waited, it happened again.   Then again.  Then, the sound of thunder, which I usually find very cool, but which is somewhat disconcerting in a snowstorm.  Thundersnow.  Even USA Today has written about it.  Click here to read more about thundersnow.

Am I one of those crazy people who only talks about one thing?   Today, officially, yes.  Snow.   Snowbroth  (look it up, it’s a real thing).  Thundersnow.  Inuit-like in my ability to label my sparkly jailer, I can now describe frozen water and its many faces with precision, and I do, because  it’s all everyone around here talks about.  Oh, and it’s supposed to start snowing again at midnight, so there’s that.  I may never be able to get my car out of the garage again.

But snow is magical too, and a ton of fun.  Today, on our way out to a walk, my daughter and  I thought we’d avoid the  walkway (I hate tamping down unshoveled snow by walking over it, since it just makes shoveling harder) and cut across the lawn.  Yeah… no.  With several snowfalls’ worth of the white stuff on there, I sank thigh deep when I tried.  Enjoy the winter wonderland album and don’t go walking in the thundersnow!

This website uses cookies to improve your experience while you navigate through the website. Out of these cookies, the cookies that are categorized as necessary are stored on your browser as they are essential for the working of basic functionalities of the website. We also use third-party cookies that help us analyze and understand how you use this website. These cookies will be stored in your browser only with your consent. You also have the option to opt-out of these cookies. But opting out of some of these cookies may have an effect on your browsing experience.
Necessary Always Enabled
Necessary cookies are absolutely essential for the website to function properly. This category only includes cookies that ensures basic functionalities and security features of the website. These cookies do not store any personal information.
Non-necessary
Any cookies that may not be particularly necessary for the website to function and is used specifically to collect user personal data via analytics, ads, other embedded contents are termed as non-necessary cookies. It is mandatory to procure user consent prior to running these cookies on your website.
SAVE & ACCEPT
And the subject is…Writing 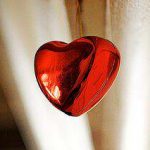 The things I loveWriting